OPINION: A new order for the Indo-Pacific 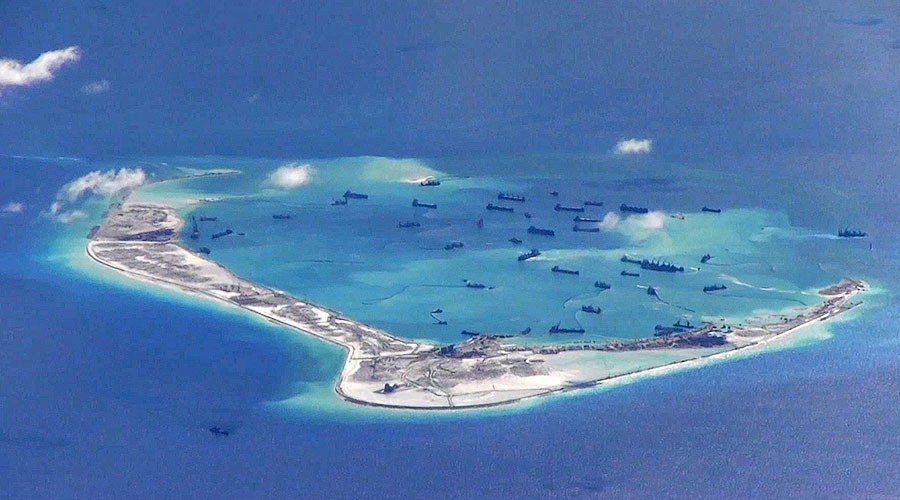 Security dynamics are changing rapidly in the Indo-Pacific. The region is home not only to the world’s fastest-growing economies, but also to the fastest-increasing military expenditures and naval capabilities, the fiercest competition over natural resources, and the most dangerous strategic hot spots. One might even say that it holds the key to global security.

The increasing use of the term “Indo-Pacific” – which refers to all countries bordering the Indian and Pacific oceans – rather than “Asia–Pacific”, underscores the maritime dimension of today’s tensions. Asia’s oceans have increasingly become an arena of competition for resources and influence. It now seems likely that future regional crises will be triggered and/or settled at sea.

The main driver of this shift has been China, which over the last five years has been working to push its borders far out into international waters by building artificial islands in the South China Sea. Having militarised these outposts – presented as a fait accompli to the rest of the world – it has now shifted its focus to the Indian Ocean.

Already, China has established its first overseas military base in Djibouti, which recently expropriated its main port from a Dubai-based company, possibly to give it to China. Moreover, China is planning to open a new naval base next to Pakistan’s China-controlled Gwadar port. And it has leased several islands in the crisis-ridden Maldives, where it is set to build a marine observatory that will provide subsurface data supporting the deployment of nuclear-powered attack submarines and nuclear-powered ballistic missile subs in the Indian Ocean.

In short, China has transformed the region’s strategic landscape in just five years. If other powers do not step in to counter further challenges to the territorial and maritime status quo, the next five years could entrench China’s strategic advantages. The result could be the ascendancy of a China-led illiberal hegemonic regional order at the expense of the liberal rules-based order that most countries in the region support. Given the region’s economic weight, this would create significant risks for global markets and international security.

To mitigate the threat, the countries of the Indo-Pacific must confront three key challenges, beginning with the widening gap between politics and economics. Despite a lack of political integration and the absence of a common security framework in the Indo-Pacific, free-trade agreements are proliferating, the latest being the 11-country Comprehensive and Progressive Agreement for Trans-Pacific Partnership. China has emerged as the leading trade partner of most regional economies.

But booming trade alone cannot reduce political risks. That requires a framework of shared and enforceable rules and norms. In particular, all countries should agree to state or clarify their territorial or maritime claims on the basis of international law, and to settle any dispute by peaceful means – never through force or coercion.

Establishing a regional framework that reinforces the rule of law will require progress on overcoming the second challenge: the region’s “history problem”. Disputes over territory, natural resources, war memorials, air defence zones and textbooks are all linked, in one way or another, with rival historical narratives. The result is competing and mutually reinforcing nationalisms that imperil the region’s future.

The past continues to cast a shadow over the relationship between South Korea and Japan – America’s closest allies in East Asia. China, for its part, uses history to justify its efforts to upend the territorial and maritime status quo and emulate the pre-1945 colonial depredations of its rival Japan. All of China’s border disputes with 11 of its neighbours are based on historical claims, not international law.

This brings us to the third key challenge facing the Indo-Pacific: changing maritime dynamics. Amid surging maritime trade flows, regional powers are fighting for access, influence, and relative advantage.

Here, the biggest threat lies in China’s unilateral attempts to alter the regional status quo. What China achieved in the South China Sea has significantly more far-reaching and longer-term strategic implications than, say, Russia’s annexation of Crimea, as it sends the message that defiant unilateralism does not necessarily carry international costs.

Add to that new challenges – from climate change, overfishing and degradation of marine ecosystems to the emergence of maritime non-state actors such as pirates, terrorists and criminal syndicates – and the regional security environment is becoming increasingly fraught and uncertain. All of this raises the risks of war, whether accidental or intentional.

As the most recent US National Security Strategy report put it, “A geopolitical competition between free and repressive visions of world order is taking place in the Indo-Pacific region.” And yet while the major players in the region all agree that an open, rules-based order is vastly preferable to Chinese hegemony, they have so far done far too little to promote collaboration.

There is no more time to waste. Indo-Pacific powers must take stronger action to strengthen regional stability, reiterating their commitment to shared norms, not to mention international law, and creating robust institutions.

For starters, Australia, India, Japan and the US must make progress in institutionalising their Quadrilateral Security Dialogue, so that they can better coordinate their policies and pursue broader collaboration with other important players like Vietnam, Indonesia and South Korea, as well as with smaller countries.

Economically and strategically, the global centre of gravity is shifting to the Indo-Pacific. If the region’s players don’t act now to fortify an open, rules-based order, the security situation will continue to deteriorate – with consequences that are likely to reverberate worldwide.

Brahma Chellaney is a professor of strategic studies at the New Delhi–based Centre for Policy Research and a fellow at the Robert Bosch Academy in Berlin.