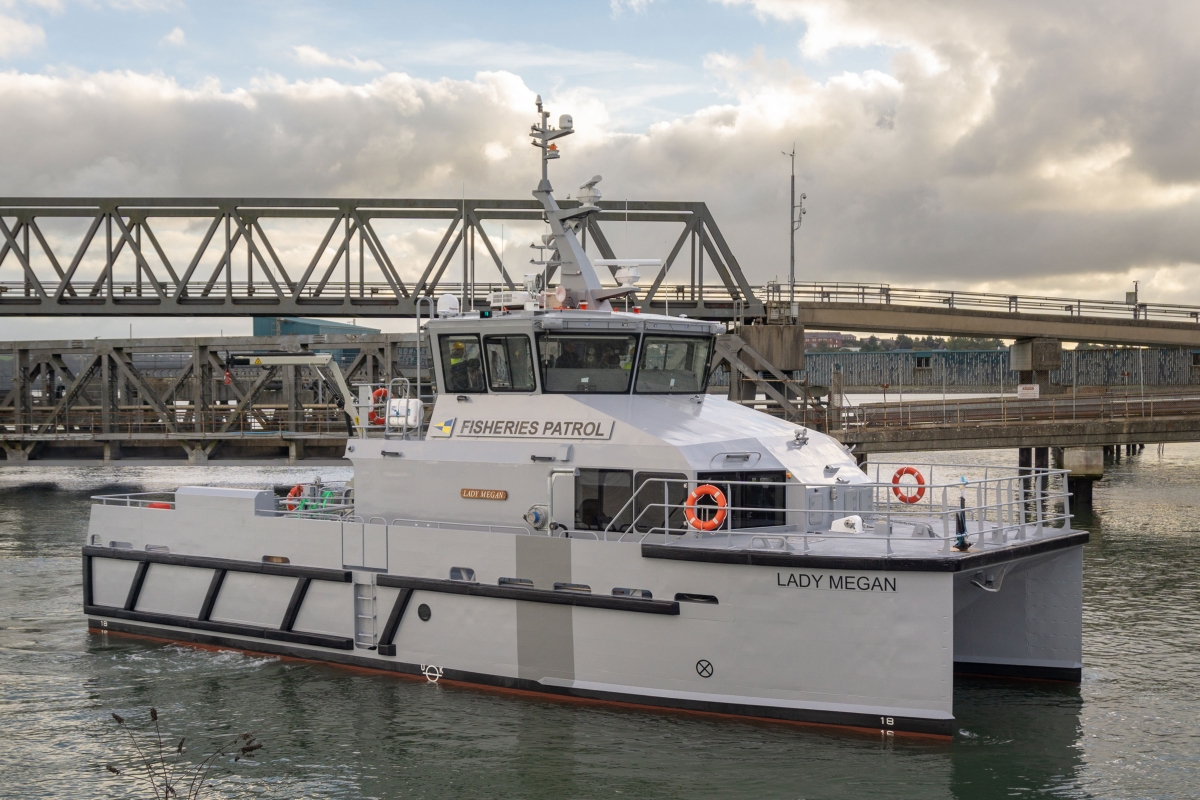 Designed by Incat Crowther and built by Mainstay Marine, the BV-classed vessel is designed to operate year-round in the harsh conditions of the Irish Sea.

Lady Megan has an aft working deck capable of launching and retrieving a five-metre rigid inflatable boat (RIB) while the patrol vessel is in motion in Sea State 3.

There are also sleeping berths for eight people, a main cabin with galley and workshop, and an upper deck wheelhouse offering 360-degree visibility.