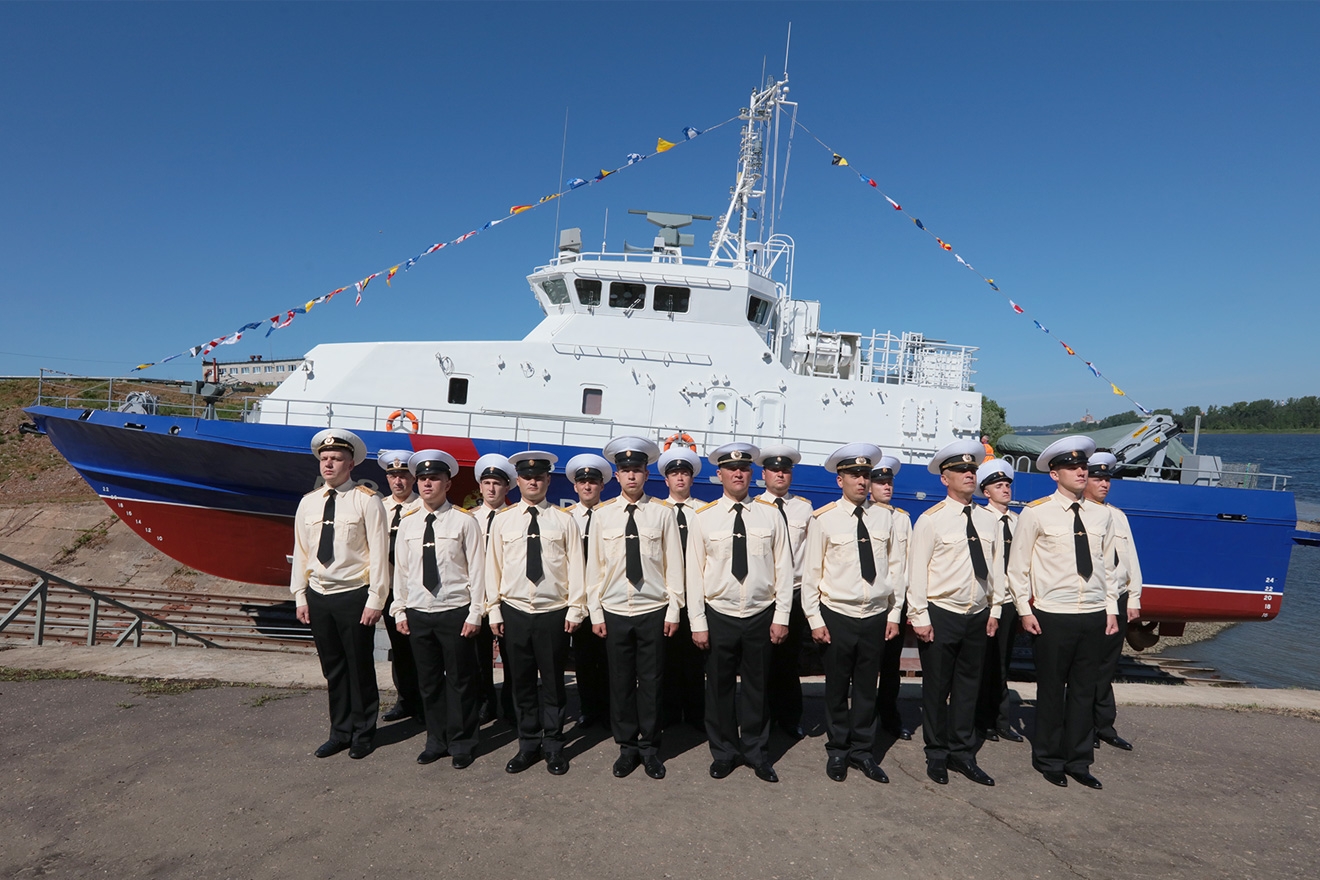 Vympel Shipbuilding has launched a new patrol boat being built for the Border Service of the Russian Federal Security Service.

Named Hrachonok (“Rook”), the vessel is the first of a planned four patrol boats in a series designed for maritime border patrol and anti-terrorism missions.

The patrol boat will then undergo mooring and factory trials, after which it will be sent to the Black Sea for acceptance trials by its future operators.