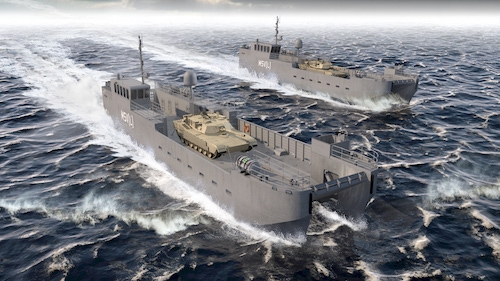 US-based shipbuilder Vigor Works has been awarded a US$980 million contract over 10 years to replace the US Army’s ageing LCM-8 Mike boats with a larger and faster “Maneuver Support Vessel (Light)”.

The Vigor MSV(L) landing craft design, which was developed with BMT, includes a tri-bow monohull that provides superior manoeuvrability and stability in high sea states, through the littorals and within inland waterways in support of land-based operations.

“Phase one of the program will begin immediately and centre on design refinement and prototype construction,” said Tim Kolb, General Manager of Vigor Ballard.

“The contract calls for one prototype vessel, four vessels under low rate production, and up to 32 additional vessels for use by army mariners in even the most difficult environments.”