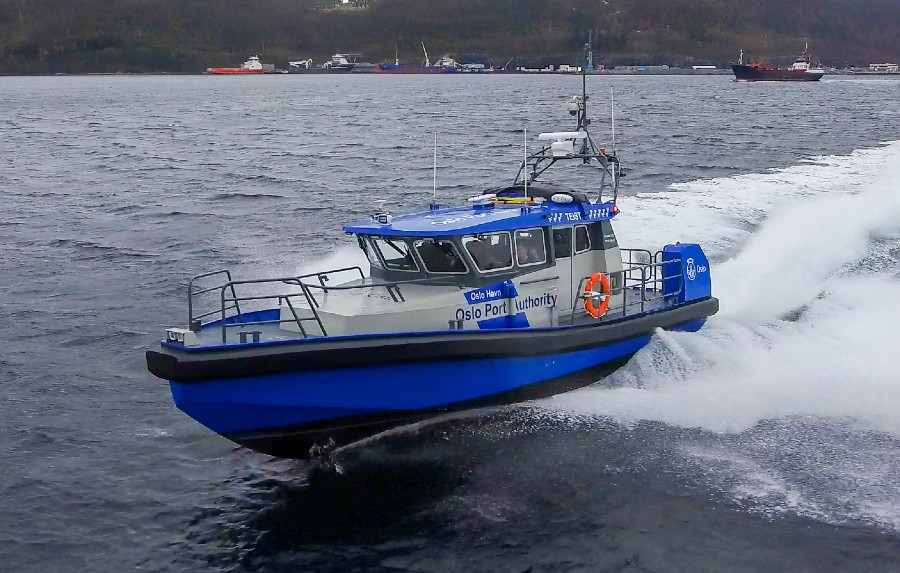 Norwegian builder Maritime Partner has handed over a new patrol boat for use at the Port of Oslo. Named Teist, it will be used by the port authority for surveillance duties as well as escorting of larger vessels sailing in the harbour.

The boat was designed and built in fulfilment of the Oslo Port Authority’s requirement for a new general support vessel that is also capable of low-emission operations.

The new patrol boat has an LOA of 13.1 metres, a beam of 3.88 metres, and seating for two operators and six other personnel. The interior was furnished by Maritime Montering and includes seats provided by Scot Seat, windows and doors from Ertec, and ventilation developed in-house by Maritime Partner. Jotun paint was used for the exterior surfaces.

Teist features a hull made from recyclable aluminium, thus further satisfying the need to reduce environmental impact. The general design of the hull is the same as those of many other patrol vessels that Maritime Partner had also supplied to various local agencies such as the Norwegian Armed Forces and the country’s coastal administration. The hull was thus designed in accordance to DNV’s HSLC (high speed and light craft) regulations. 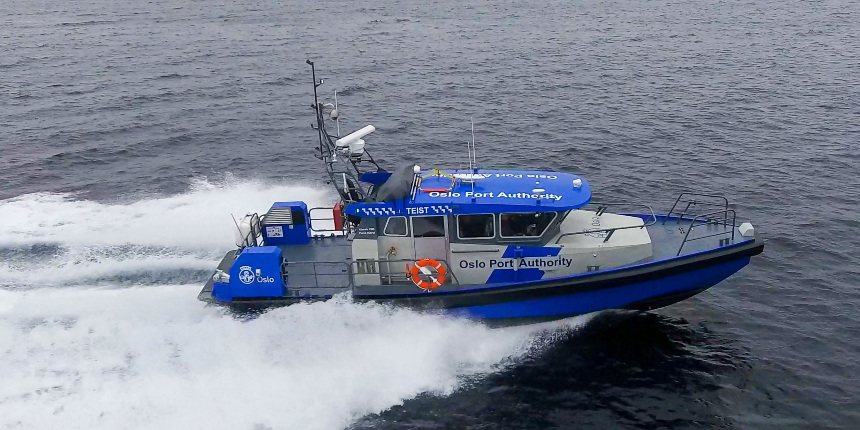 The boat is powered by a hybrid propulsion system consisting of two OEMER LQ 132P 37kW battery-powered motors for cruising at four to five knots and two clean-burning diesel engines for high-speed sailing. The diesel propulsion is in the form of two FPT-Iveco N67-45 engines, each with a rated output of 331 kW. These are connected to a pair of ZF 286 gearboxes that in turn drive twin HamiltonJet HTX30 units to propel the vessel a top speed in excess of 30 knots.

Teist is capable of sailing at four to five knots for up to three hours on battery power alone while the main diesel engines will use biodiesel to ensure emissions are in accordance with strict international environmental regulations. The option to sail at low speeds is a critical ability for duties that require long endurance rather than quick response, such as escorts and inspections being conducted in the busier areas of the port. This then frees up the more powerful diesel propulsion for use in time-sensitive situations like interceptions of smugglers and assisting in emergencies.

To ensure more precise manoeuvring within the narrower waters of the port, the vessel relies on a Max Power CT225 13.5kW tunnel thruster at the bow.

The electric motors draw power from an XALT Energy 49.7kW lithium-ion battery that can be charged at a dedicated shore power terminal, though it will also be capable of self-recharging whenever the boat’s diesel engines are in operation. The battery also supplies power for the vessel’s suite of Sailor communications equipment, Furuno navigation electronics, and exterior LED lighting that also includes a Golight Stryker searchlight and Rigid Marine bow-mounted lights to provide the crew with some illumination during nighttime operations.

The vessel also comes equipped with an eight-metre inflatable lifeboat supplied by Survitec.

Teist was delivered to the Oslo Port Authority in June of this year. The newbuild has since replaced Falk, a catamaran vessel that has been performing similar duties in the harbour since 2000. 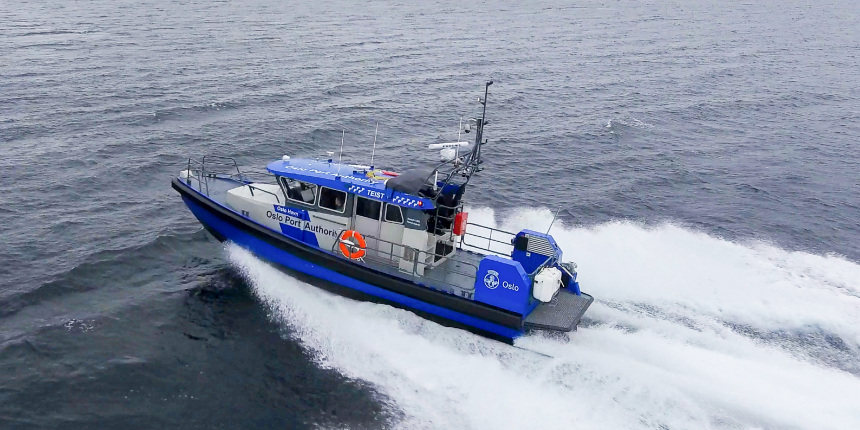