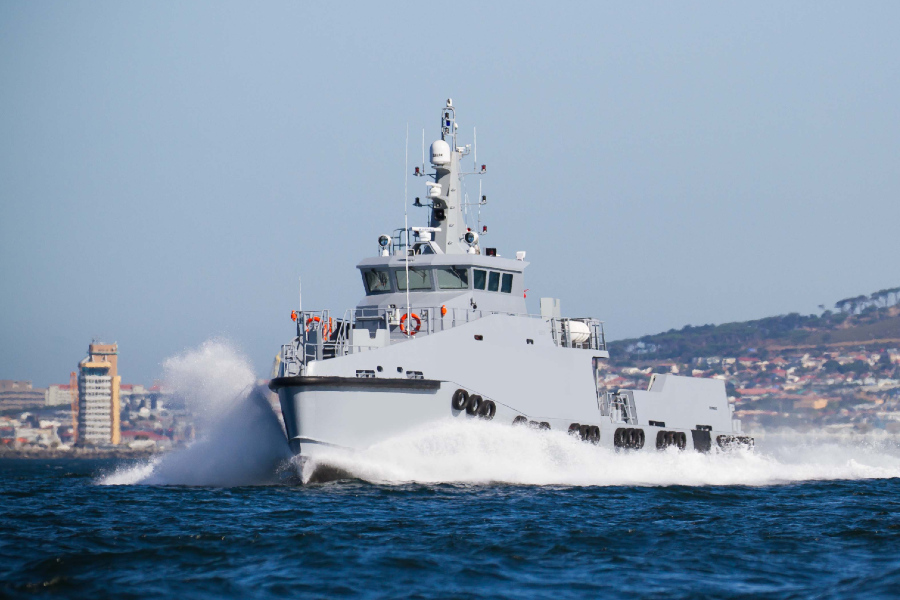 Classed by Bureau Veritas, the aluminium-hulled, semi-displacement vessel will be utilised by an undisclosed Nigerian operator for crew and cargo transfer and other international oil company (IOC)-related assignments in addition to providing escort for larger commercial vessels in the Gulf of Guinea, which has become a piracy hotspot. 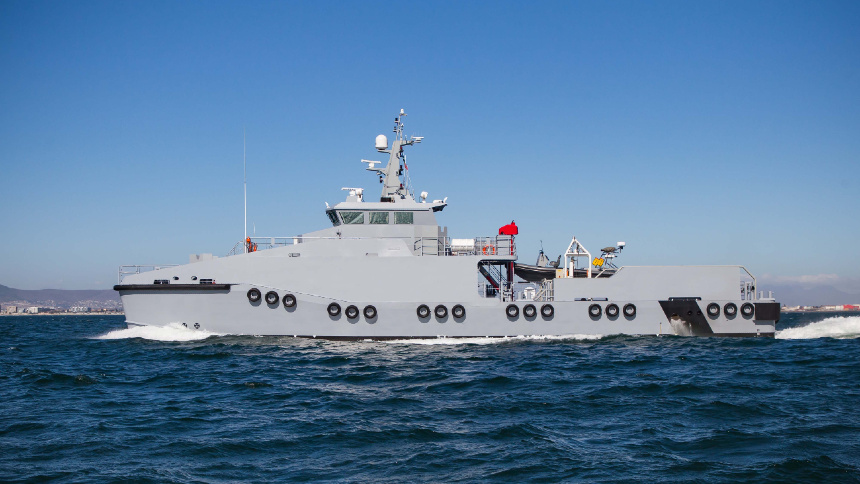 Power is provided by three Caterpillar C32 main engines that each produce 1,193 kW. The engines drive three Teignbridge fixed-pitch propellers via ZF 3050 gearboxes to deliver a maximum speed of 28 knots and a range of 1,150 nautical miles at a cruising speed of 20 knots. Two 35kW DTG Propulsion GT-370 electric-powered bow thrusters have also been installed.

A ducted, chilled water air conditioning system provides some comfort when operating in the warm waters of the Gulf of Guinea. Two 107kVA generators supply power for the air conditioning and the vessel’s array of electronics, which include two X-band radars, GPS, a satellite compass, two GMDSS A2 VHF radios, and an MF/HF transceiver. 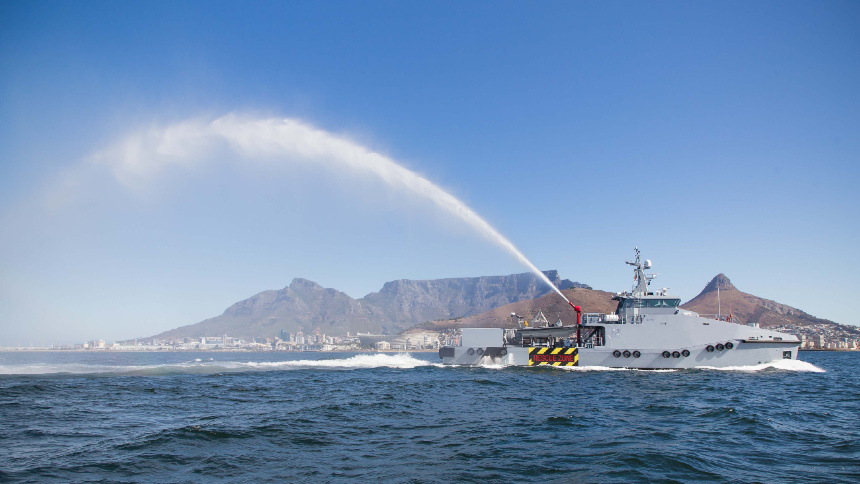 Due to the security situation in its area of operations in the waters off West Africa, the vessel boasts high levels of ballistic protection. The composite wheelhouse is certified to withstand 7.62x39mm armour-piercing incendiary projectiles while the deckhouse was built to be near-impervious to 7.62x51mm NATO ball ammunition. Even the wheelhouse windows feature ballistic protection, being designed to withstand 7.62mm full-metal jacketed rounds.

Nautic said these features will ensure that the crew, the security personnel, and everyone else on board are protected from impacts by bullets of typical assault rifle calibres.

The vessel is also equipped with an external FiFi0.5 system, which includes a monitor with a reach of 120 metres and a pump with a flow rate of 1,200 cubic metres per hour.

There is onboard space for a 6.5-metre tender capable of accommodating six people. The tender is launched and recovered using an A-frame-mounted davit supplied by Palfinger. 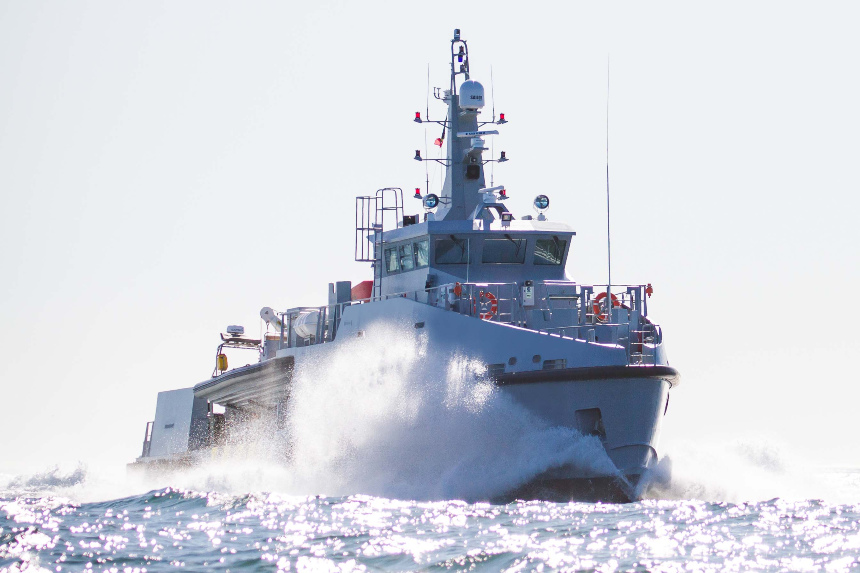