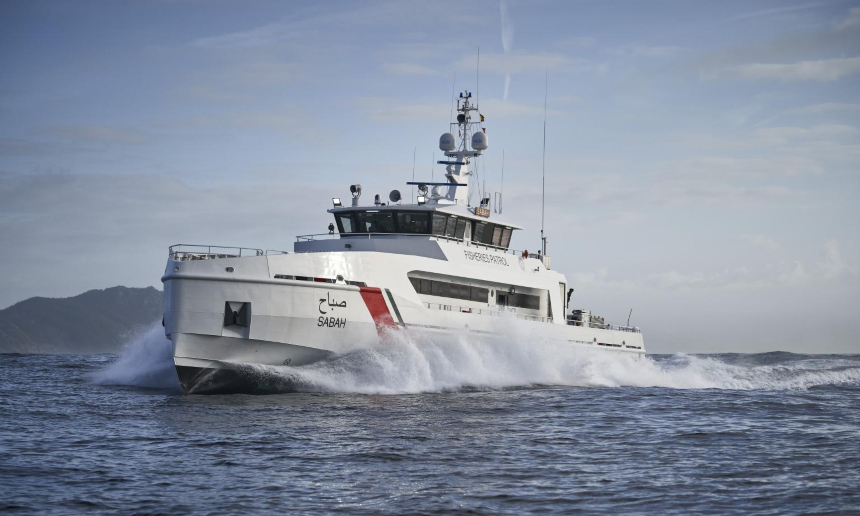 Spanish builder Freire Shipyard recently handed over a new patrol vessel to the Public Authority for Agriculture Affairs and Fish Resources, an agency under the Kuwaiti government.

Designed by Camarc and certified by BV for unrestricted navigation, Sabah is being used primarily for fisheries enforcement missions as well as search and rescue (SAR) duties. The vessel was also built specifically to sail for extended periods offshore, in water temperatures known to peak to as much as 34 degrees Celsius especially during the month of August. This is because the vessel is intended to provide a semi-permanent presence in Kuwaiti waters to better prevent instances of illegal, unregulated, and unreported (IUU) fishing within the country’s exclusive economic zone (EEZ).

Sabah has a steel hull, an aluminium superstructure, an LOA of 42 metres, a beam of 7.7 metres, a draught of 2.6 metres, and a displacement of 220 tonnes. The vessel is operated by 16 crewmembers, and since regular extended patrols are expected, the accommodation consists of eight two-person cabins to ensure the crew will be as comfortable as possible even during long periods out at sea.

Power is provided by two MTU 16V4000 M73L main engines each rated at 2,880 kW. The engines are connected to ZF 9050A gearboxes driving two fixed-pitch propellers to give Sabah a maximum speed of 30 knots. With a range of 2,000 nautical miles at a cruising speed of 14 knots and a fuel tank capacity of 25,000 litres, the vessel and its crew will have little difficulty conducting extended patrols far from shore.

The electronics consist of radars and GPS provided by Furuno and autopilot and compass supplied by Raytheon. The vessel also has a Veem VG260 gyrostabiliser specifically developed for use on workboats with displacements of between 100 and 300 tonnes. Further, the gyrostabiliser may continue to remain on the vessel even as maintenance and repairs are being carried out on it, hence eliminating the need for drydocking just to make sure that the gyro is fully maintained.

The onboard systems all draw power from two Caterpillar C7.1 generators each rated at 150 kW.

To further enhance its fisheries enforcement and SAR capability, Sabah is equipped with well space on the stern for one Narwhal seven-metre, high-speed rigid inflatable boat (RIB) that will enable the crew to intercept and board suspect vessels as well as render aid to marine accident survivors.

Lastly, Sabah is fitted with a Palfinger PK 4501 knuckle boom crane with a reach of 3.4 metres and a maximum lifting capacity of 3,300 kilograms, thus making the vessel capable of operating as a limited cargo transport and resupply platform as well. 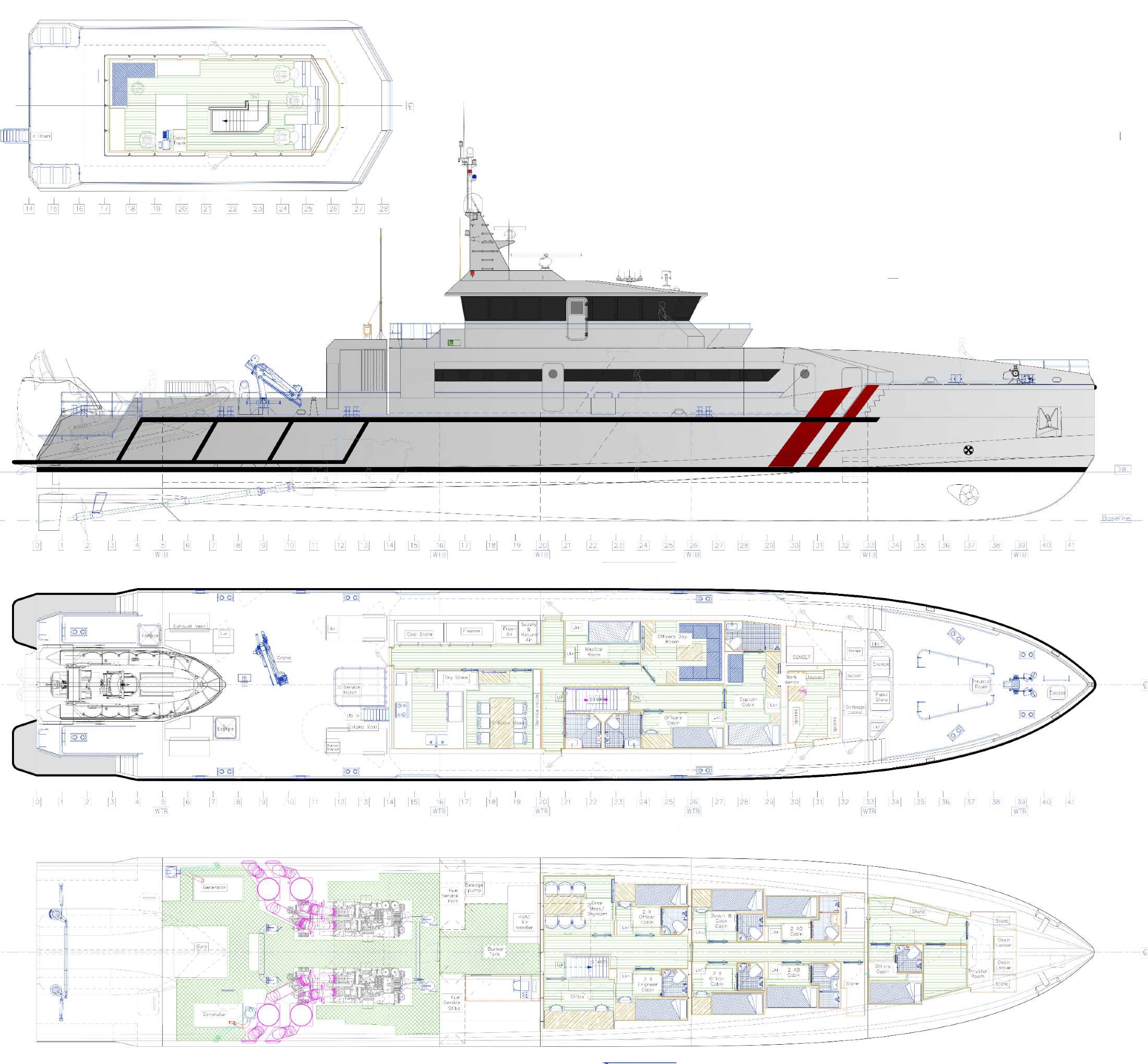