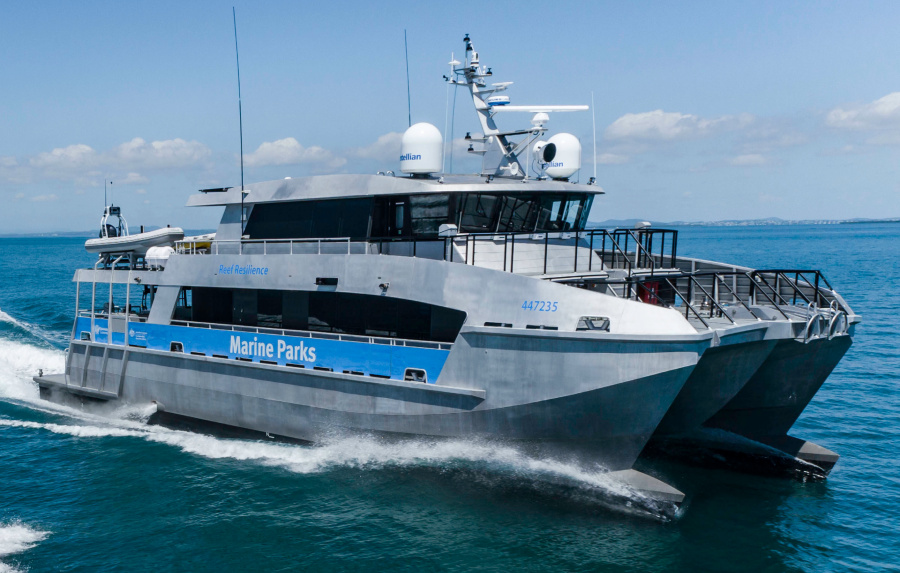 The Department of Environment and Science (DES) of Queensland, Australia, recently took delivery of a new patrol vessel for use in the waters of the Great Barrier Reef.

Built by Norman R. Wright and Sons of Murarrie, Reef Resilience will service the southern region of the reef from its homeport in Gladstone. Its duties will include compliance monitoring, marine park and island national park management, diving support, and research operations.

The designer said the vessel will also be able to operate in remote offshore waters within the Australian exclusive economic zone (EEZ) for extended periods of up to three months.

Dan Mace, Incat Crowther Technical Manager, said the aluminium vessel features a new hull form that was designed to handle strong winds and three-metre significant wave heights up to 200 nautical miles off the Queensland coast. The hull will also help eliminate slamming, which often occurs during long transits at 20 speeds of knots in the same waters.

In addition to ensuring improved stability, these attributes help minimise the craft’s environmental impact, enabling it to operate safely and effectively without any adverse effects on the highly sensitive marine environment in and around the world-famous reef. 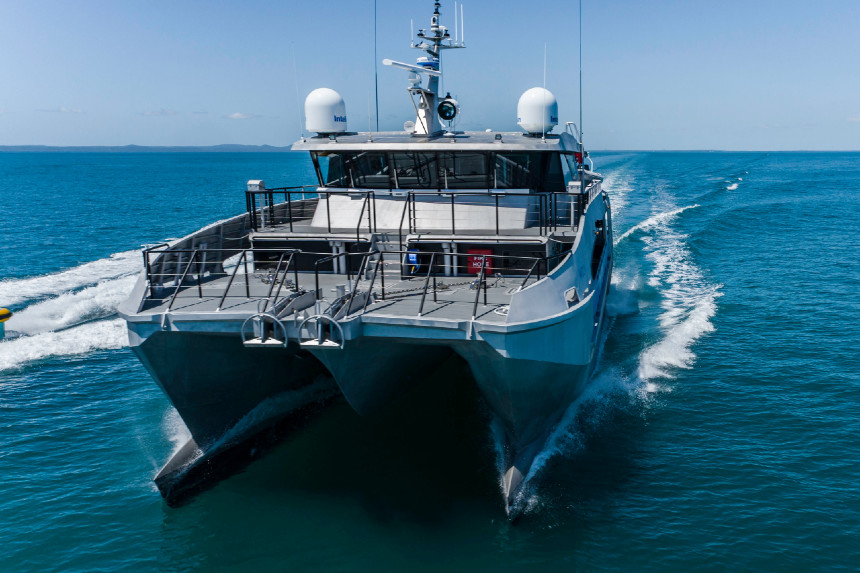 The vessel is powered by two MAN D2862 LE463 main engines that each produce 749 kW at 1,950 rpm. The engines drive a pair of fixed-pitch propellers to deliver a cruising speed of 20 knots and a maximum speed of 27 knots, making it possible for DES crews to respond quickly to developing situations within the agency’s areas of responsibility. A maximum fuel tank capacity of 18,000 litres allows the catamaran to conduct patrols and other missions of extended duration far from shore. 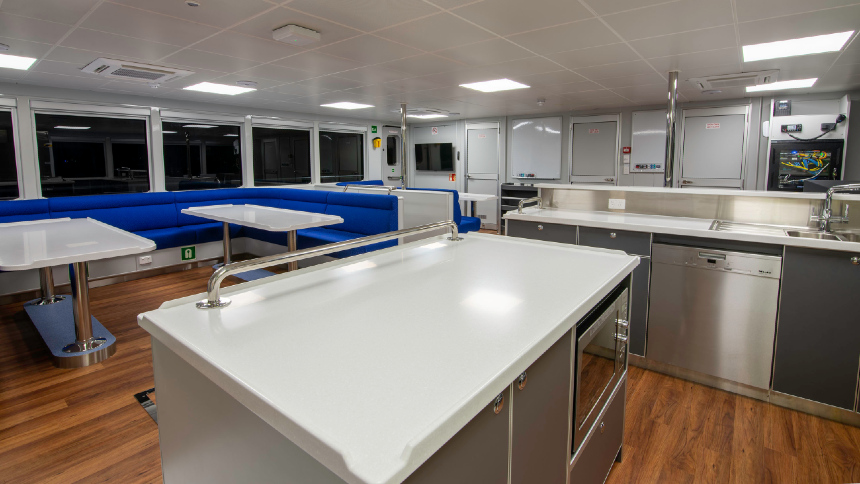 A set of Humphree interceptors with auto trim and active ride control have been fitted to help increase comfort for the 14-strong crew, as well as the 14 additional personnel that can be accommodated on board, even as the vessel sails at high speeds as part of its normal operating profile. 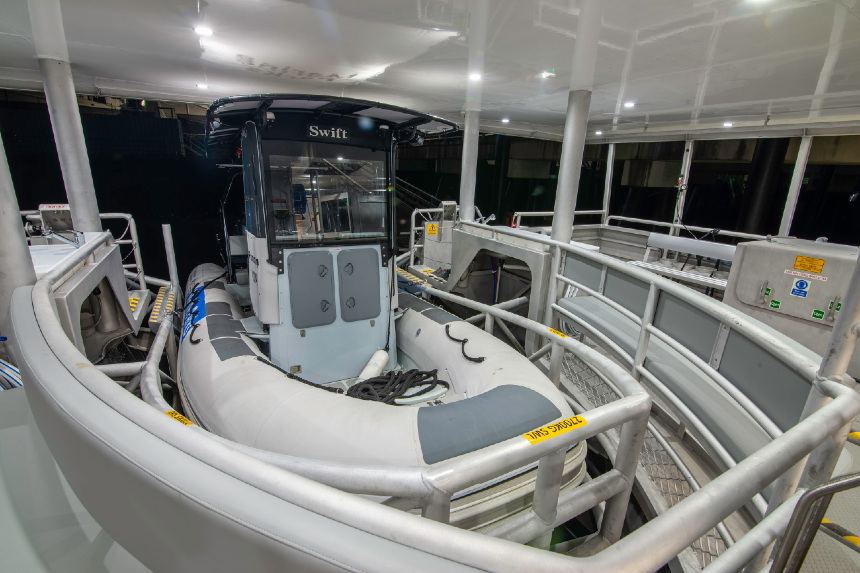 A 6.2-metre rigid hull inflatable boat (RHIB) tender is fitted in a fast launch cradle between the hulls aft. Incat Crowther said the RHIB may be launched into the water even while the catamaran is underway at six knots in offshore sea conditions of significant wave heights of up to three metres.

The vessel’s upper deck cargo area is rated to one tonne per square metre and is designed to accommodate two 4.4-metre RHIB tenders and one 5.5-metre work barge or an equivalent total volume of other payloads such as supplies and diving gear. Operational flexibility is provided by large transom platforms that allow the tenders to tie-up to the mothership in-between tasks. 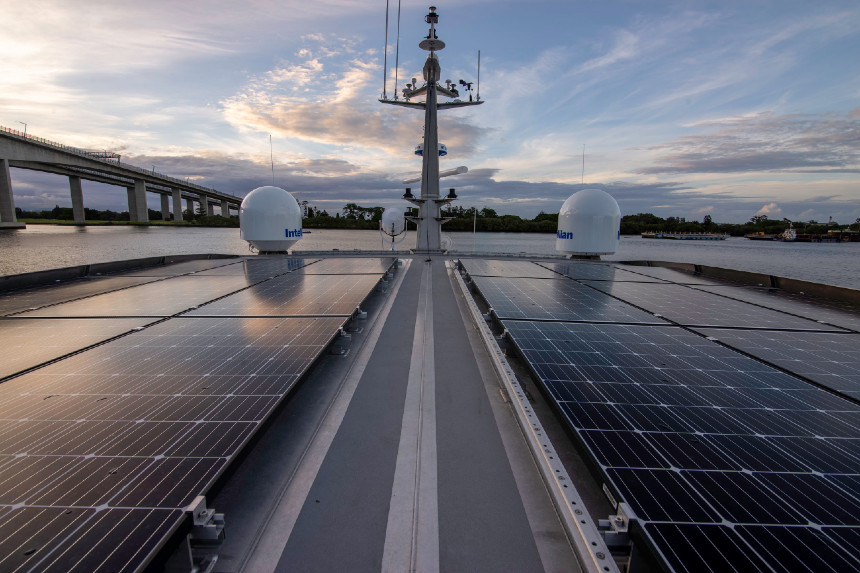 Roof-mounted solar panels with a total capacity of six kW have also been installed. These are intended to augment the electrical power supplied by the two Caterpillar C4.4 69ekW generator sets.

Reef Resilience was designed and built according to AMSA NSCV 2B and 1C rules. 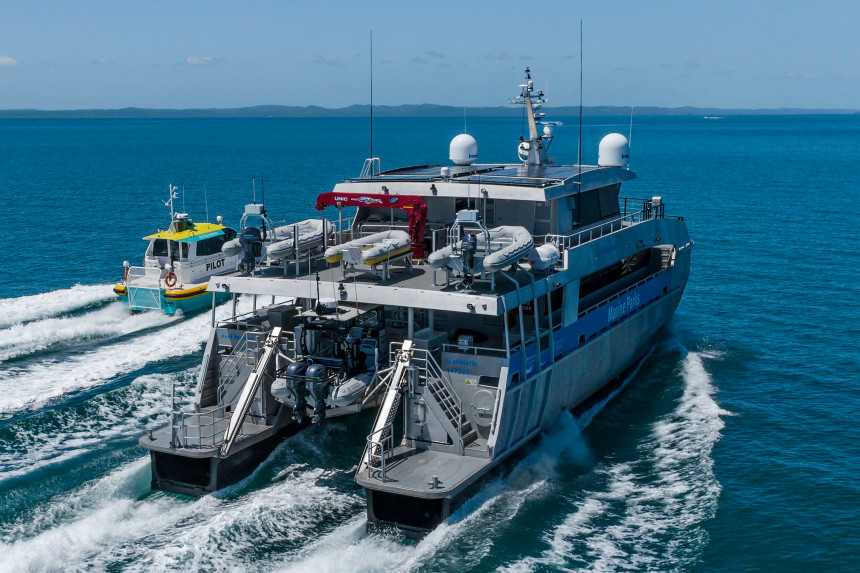