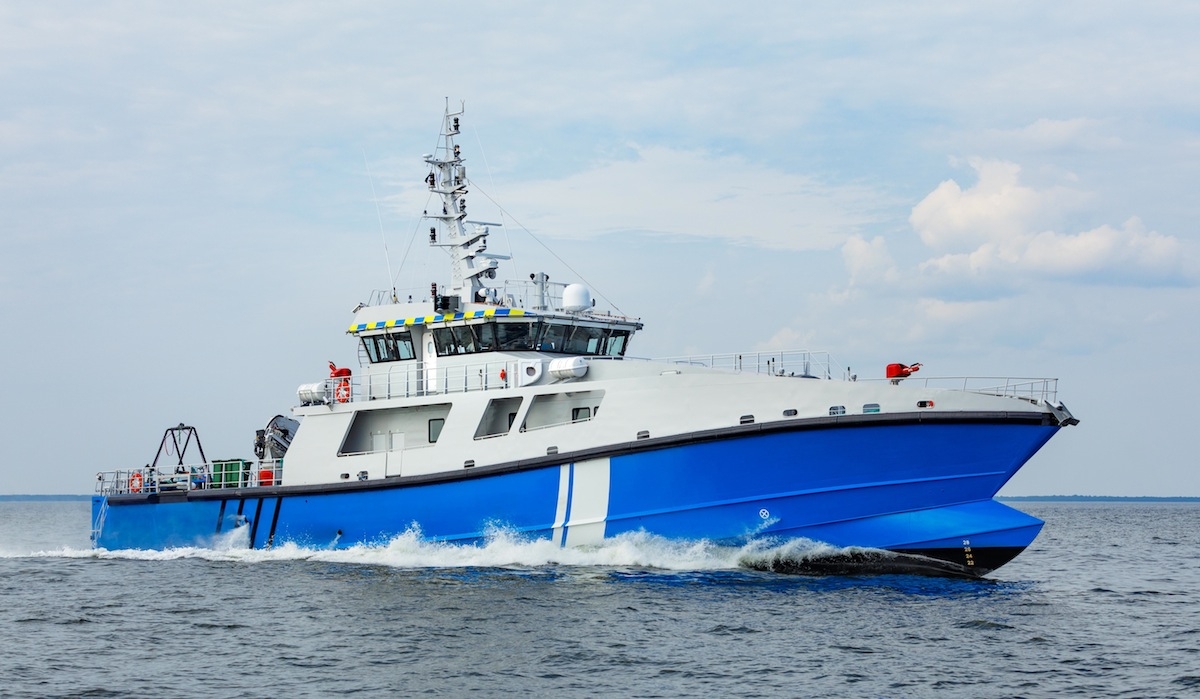 From 2021 the Baltic Sea will become an emission control area, and with that resolution for cleaner-running boats, the Estonian Police and Border Guard requires high-performance and low-emission patrol boats.

Baltic Workboats has delivered the first of these, a wave-piercing hybrid patrol vessel designed to protect the Baltic Sea from oil spills. Its main role will be monitoring and responding to pollution threats, using state-of-the-art radar that can detect surface contamination from up to five miles away.

The hybrid propulsion plant provides a maximum speed of 27 knots, while economic cruising speed is 10 to 12 knots with a range of 3,000 nautical miles. 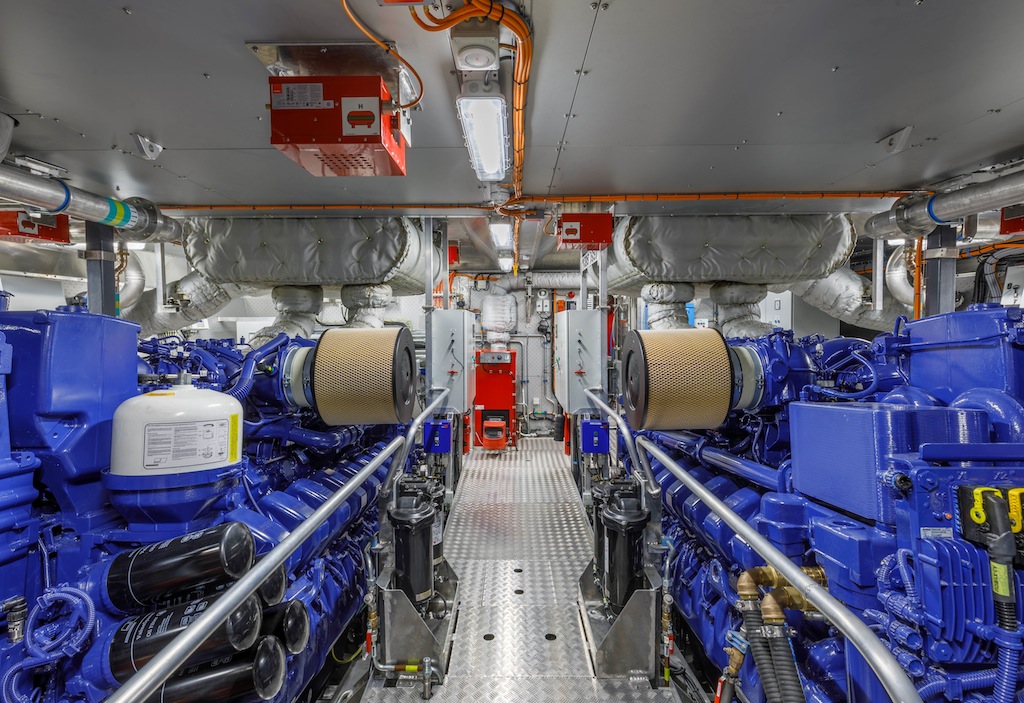 The hybrid electric system generates electricity when running at speeds of up to 27 knots, providing power to vessel electronics, as well as storing this power in batteries, and, vice versa, also enabling fully-electric propulsion at up to 10 knots.

The vessel’s highly-compact propulsion system is half the size of a conventional diesel-electric propulsion system, due to its smaller, highly-efficient and lightweight magnet machines, which feature synchronous reluctance-assisted permanent magnet technology. 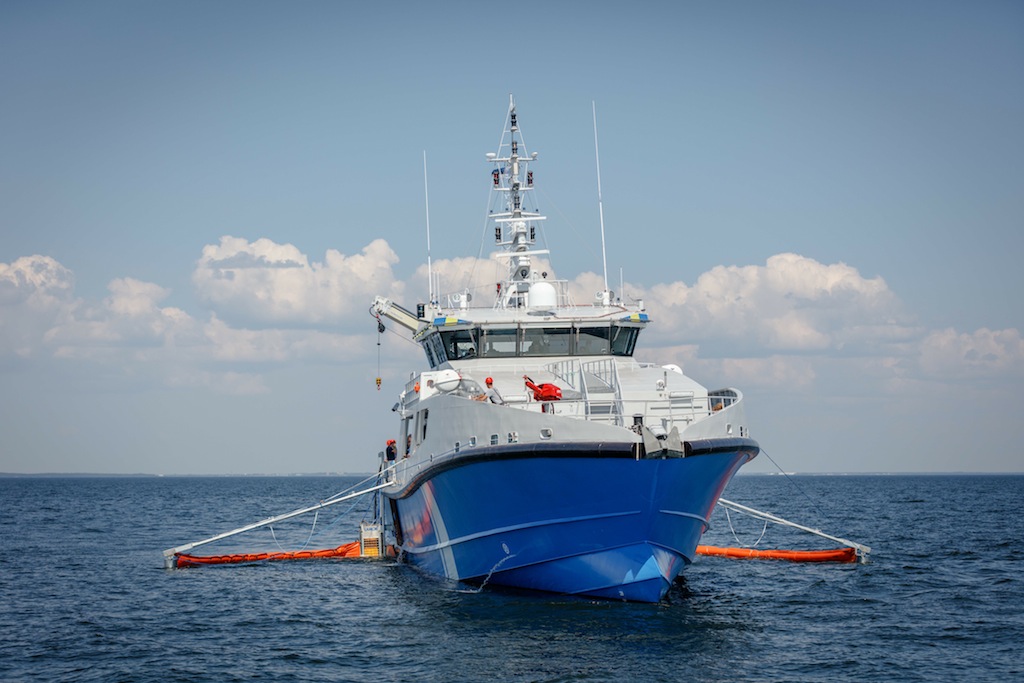 In the event of a SAR or special operation tasking it can deploy its seven-metre workboat and rescue runner. The vessel will have a crew of 10, although 18 can be accommodated onboard when a larger crew is required for longer missions.

Stabilising fins and an anti-heeling tank are installed to reduce anti-rolling effect and increase the ships seakeeping capability. For advanced mission control the ship is equipped with dynamic positioning system and OSD radar.

The noise levels in the wheelhouse at full speed are lower than 60 decibels, and in full electric mode the vessel can go up to 10 knots without engine noise or vibrations. When mooring at night, energy consumption is low, and the crew can sleep in a quiet vessel. 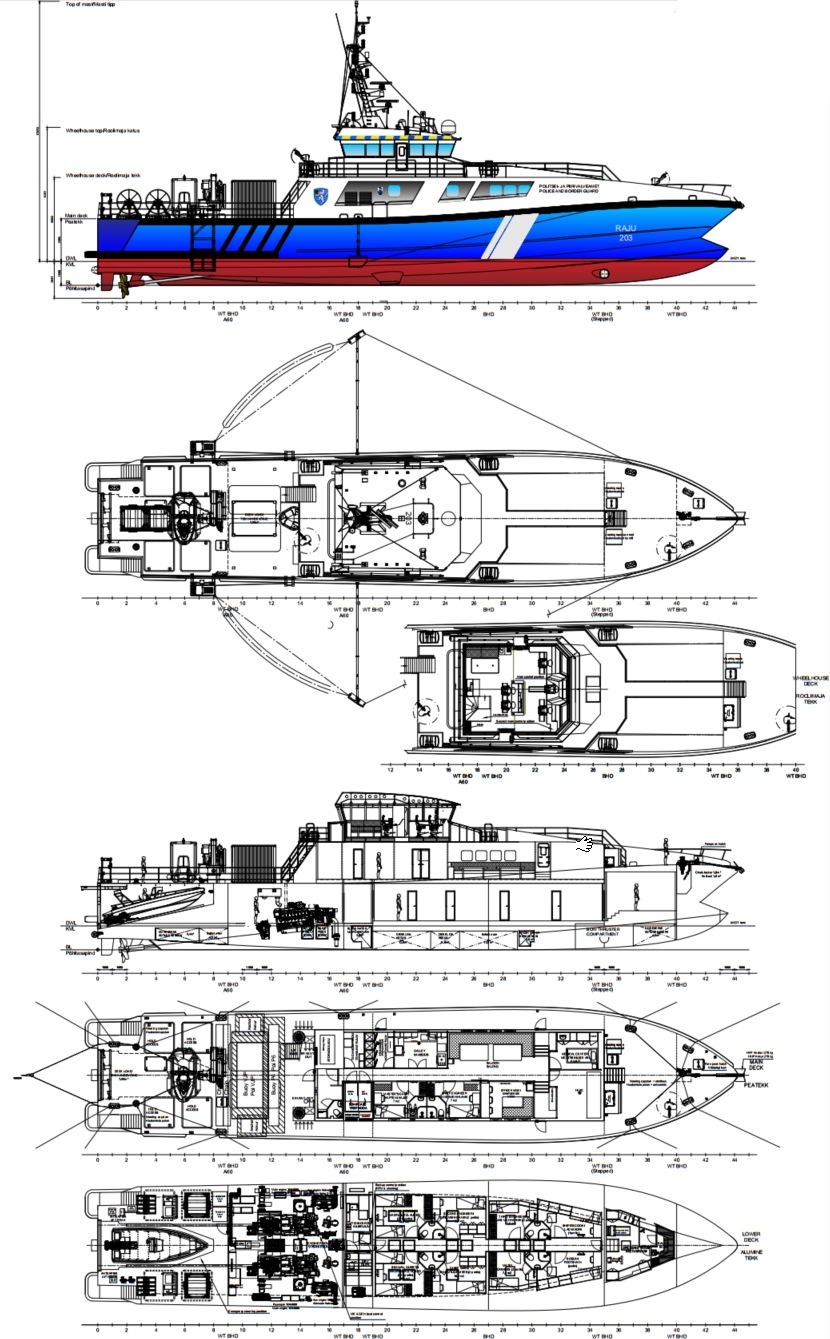