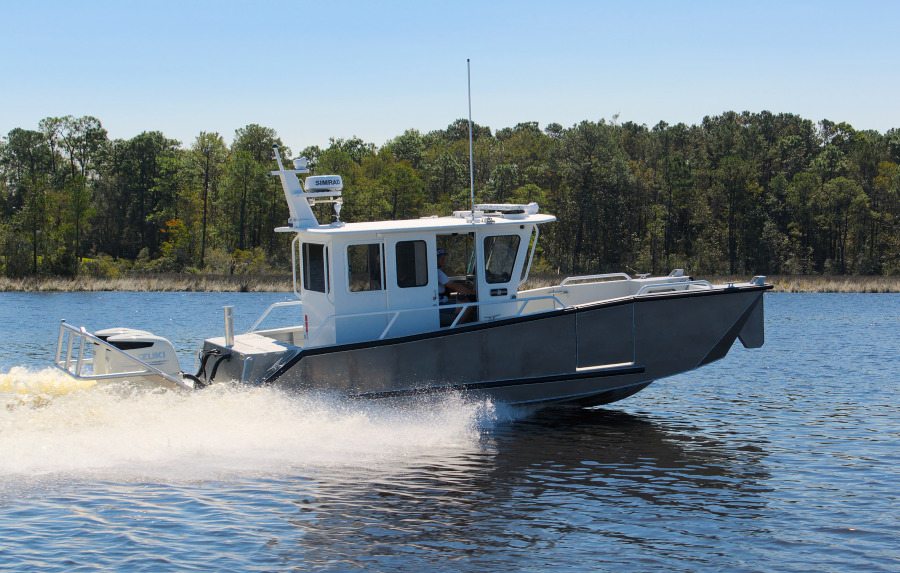 Alabama-based Silver Ships has delivered a new landing craft to the Utah Division of Parks and Recreation, a sub-agency under the state’s Department of Natural Resources (DNR).

Silver Ships said the new vessel was designed for operations in both extreme heat and cold conditions, enabling it to perform equally well at higher altitudes as well as at sea level. Also, the craft was developed with the aim of ensuring simplicity of operation as well as improved comfort for the crew.

The newbuild has a welded aluminium hull that satisfies the American Bureau of Shipping’s (ABS) rules covering high-speed naval craft, an LOA of 28.5 feet (8.6 metres) with the outboard engines, a beam of nine feet (2.7 metres), a draught of only 1.57 feet (0.48 metres), and a displacement of 5.46 tons (4.96 tonnes) at full load. The small size and light weight allow for easy road transport by trailer, thus providing the state parks division with an additional option for deploying the landing craft rapidly to wherever it may be needed.

The vessel is powered by two Suzuki petrol outboards that each produce 300 hp (223 kW) to deliver a maximum speed of 49 knots and a cruising speed of 35 knots. These high operating speeds allow the craft to respond quickly to emergencies and other time-sensitive events on Utah’s Lake Powell. 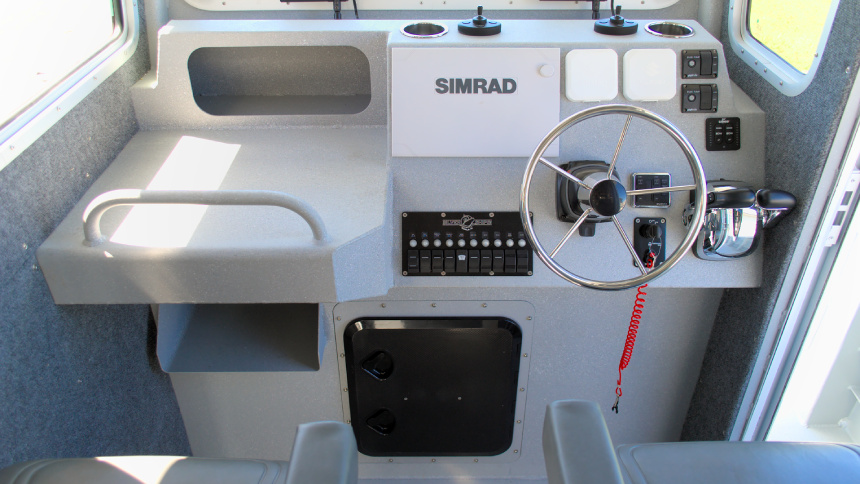 For improved climate control, the landing craft also features a completely enclosed walk-around cabin including a fully coated pilothouse and vessel interior to minimise the heat buildup from solar loading. The crew of two are seated on HO Bostrom suspension seats for added comfort during high-speed sailings.

The pilothouse also features cushioned bench seating for two passengers that doubles as a storage space. An onboard detector helps alert the occupants to the presence of carbon monoxide (CO). With the aid of this key piece of equipment, the crew can safely render assistance in instances where they would be otherwise exposed to this odourless, colourless, and potentially lethal gas.

The vessel has also been fitted with dive doors that provide DNR divers and swimmers with easy access to and from the water. When beached, the craft relies on a DC-powered bow gate to load and unload personnel, cargo, and small vehicles such as quad bikes.

A trio of Optima SC31 batteries supply power for the DNR landing craft’s navigation and communication electronics, which include a radar, GPS and depth sounder from Simrad, a Lowrance active imaging sonar, and a Kenwood radio. The batteries also provide power for a Golight Stryker searchlight. 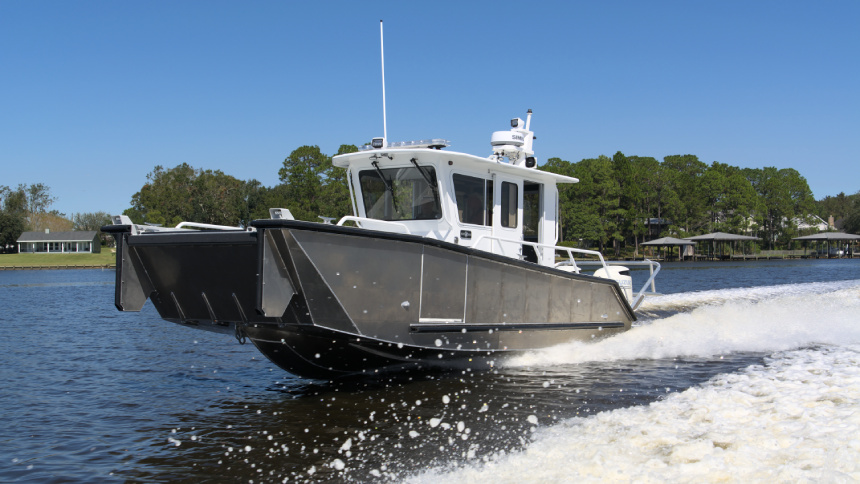