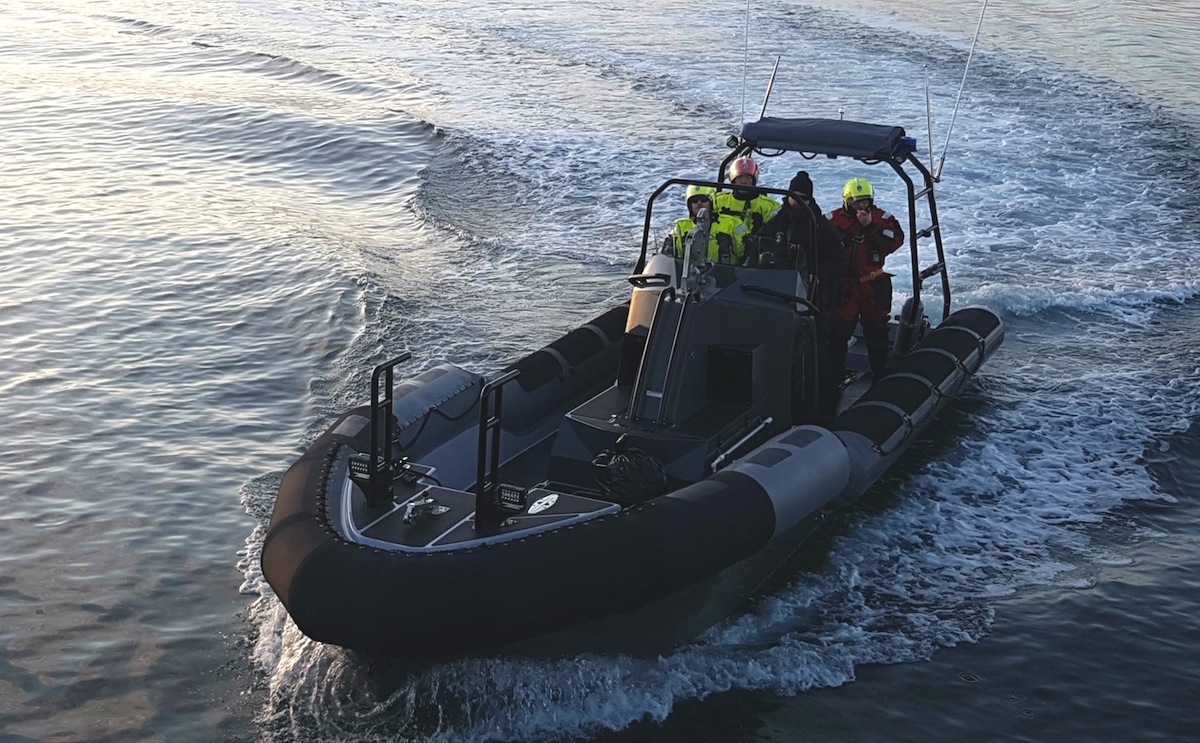 The Icelandic Coast Guard (ICG) has taken delivery of a new SAR RIB built by fellow Icelandic company Rafnar. Loki was hoisted on board the Ægir-class offshore patrol vessel ICGV Þór, where it will serve as a support vessel.

The buyer required a new fast rescue boat, which needed to be of an overall maximum length between 7.5 and 8.5 metres, and with a maximum crew and passenger capacity of 12 to 20 persons. The minimum speed with three persons was to be 32 knots.

The resulting vessel is an 8.5- by 3.05-metre SOLAS craft equipped with a Yanmar diesel engine and Alamarin waterjets designed for four crew and up to 12 passengers, which also meets the speed requirements.

The buyer also specifically requested that for analysing crew safety and comfort in rough sea, tenderers needed to provide sufficient data on RMS analysis for vertical acceleration data recorded. The analysis was to be based on ISO 2631.1 specifications and analysis to show much crew would be exposed to whole body vibrations in poor sea condition, as put forth in the EU Directive 2002/44/EC.

Due to the shape of the hull, the engine needed to be placed within the console in order to effectively utilise the deck space and accommodate the number of passengers and crew needed. Its placement had an effect on the weight distribution of the vessel, which Rafnar said posed some issues due to the single-hoist point requirement. The team solved this in the end with some clever modifications and weight distribution. 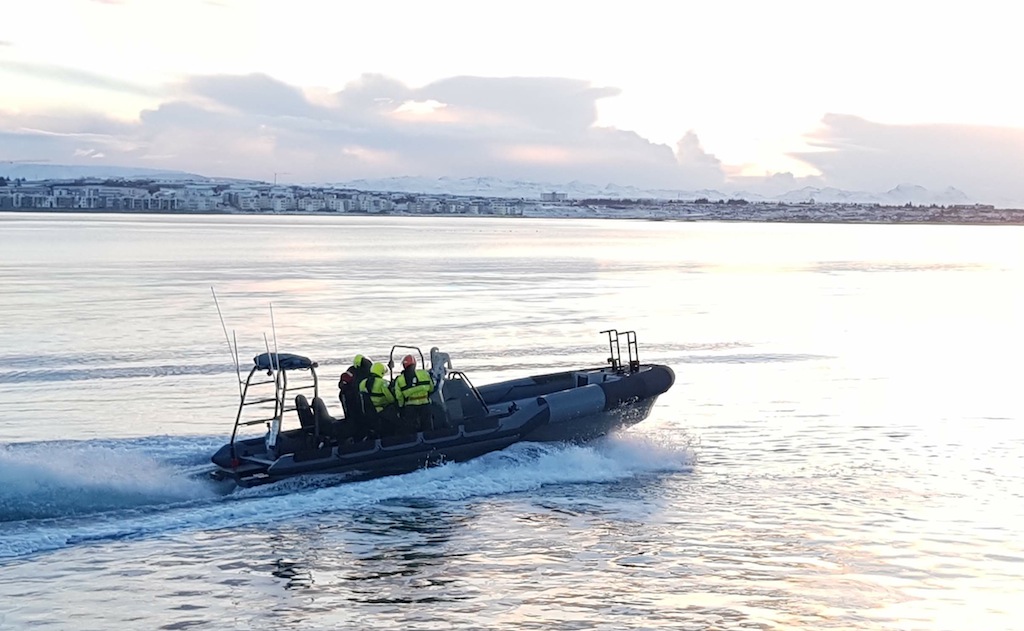 The hull was designed to handle the very worst of sea conditions and to allow crew and passengers to endure despite a harsh environment. The model was developed in close cooperation with the Icelandic Coast Guard, which tested it in extreme conditions and reported back with feedback and proposed design and functional improvements.

As a result, the craft was largely designed to take on the challenges that the Icelandic Coast Guard face on a daily basis, for the worst possible sea and environmental conditions. These tasks may include anything from search and rescue, patrol, and inspection, to diving operations, maintenance or environmental clean-up.

With a platform that has been shown to reduce the number of wave slamming impacts by 82 to 95 per cent, Loki delivers considerably more usable deck space at the bow as a result, as well as much enhanced directional maneuverability, and safety and comfort for the crew.

During the summer of 2018, the Rafnar team operated an identical demonstrator vessel around Iceland, circumnavigating the island in under 43 hours, a roughly 900 nautical mile journey. The crew travelled from Reykjavík up north to the Westfjords of Iceland, heading from there toward the north east and south along the east coast.

On their way back along the south coast, the crew headed straight into the easterly wind and saw extreme conditions and heavy chop for the remaining 200 miles of the journey. However, aside from the cold, Rafnar reports the crew endured in relative comfort for the many hours of heavy seas. 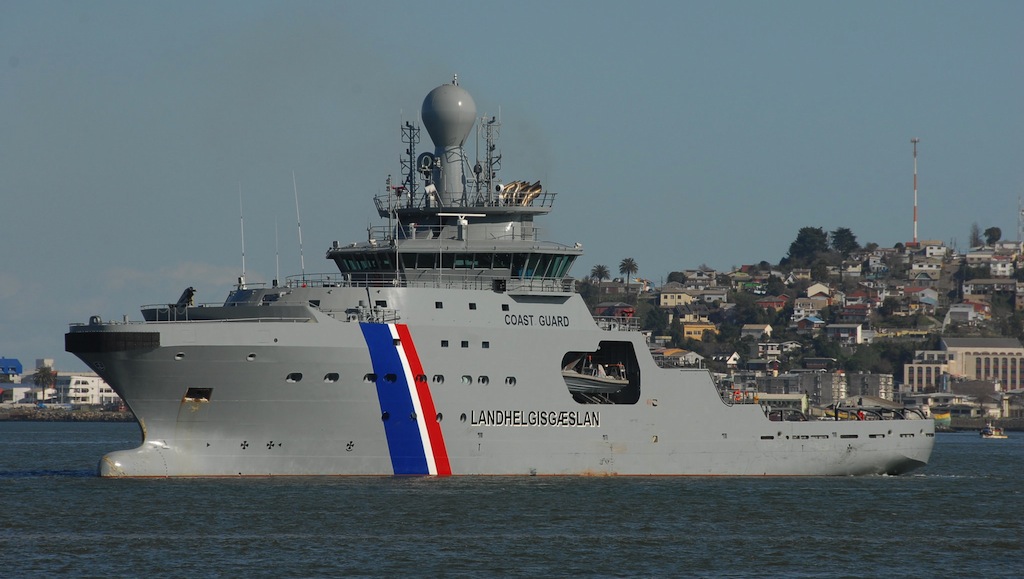 Loki’s engine is a Yanmar 6LY3-440 with Twin Disc MG-5061SC gearbox. A three-piece cardan driveshaft delivers the power to the Alamarin AJ-285 waterjet. An Icelandic Coast Guard representative said the organisation has jet propulsion on its older boats and wanted to have the same setup in the new boat because it had proven to work very well.

The AJ-285 jet has a 4° down angle so in order to keep the engine’s height to a minimum, a 1.8-metre-long, three-piece “W” driveshaft setup was used. An intermediate shaft is installed at 0° and the engine is tilted 4° forward.

Electronics needed to be simple, reliable and salt water tolerant, and include a Garmin 1022xsv with depth sounder, Garmin AIS800, Sailor 6215 VHF radio and Motorola Tetra radio. Everything is closed to protect the equipment from water and moisture.

A rail system on the fore and aft decks allows for flexibility in the deck equipment configuration, including the supplied Ullman seating. If required in the future, the ICG can install a deck crane, fire pump or other equipment on the rails. 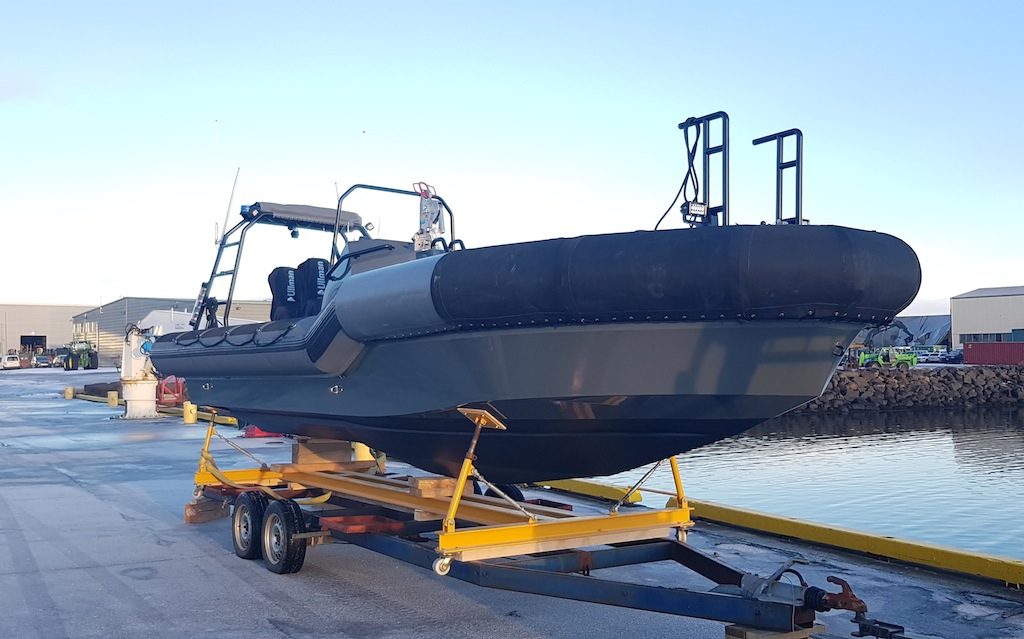 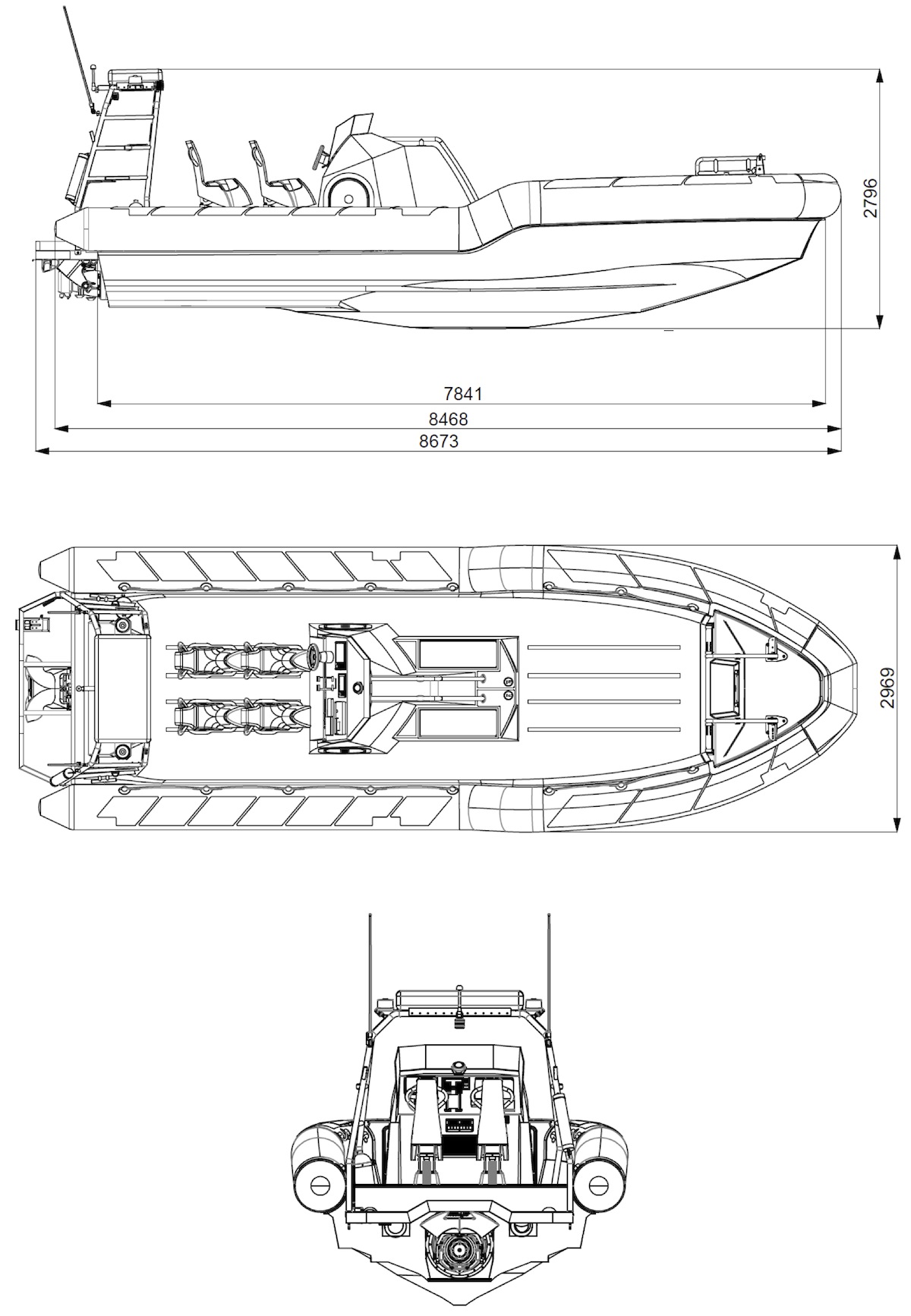