The China Maritime Safety Administration (CMSA) has begun operating a new long-range maritime patrol vessel that has been considered one of the largest vessels of its kind built locally.

Haixun 09 was built by Huangpu Wenchong Shipbuilding to a design developed by 701 Research Institute, a marine engineering subsidiary of the China Shipbuilding Group. The newbuild displaces approximately 10,000 tonnes, measures 165 metres long, and can reach speeds of up to 25 knots, or sail for up to 18,520 kilometres at a cruising speed of 16 knots. Its displacement and dimensions make it one of the largest non-naval maritime security vessels owned and operated by the Chinese government.

In addition to performing maritime law enforcement patrols and search and rescue (SAR) missions like other vessels in the CMSA fleet, Haixun 09 was also built to serve as a command and control (C&C) vessel for emergency responses that involve multiple platforms. The hull was built to withstand challenging conditions in all maritime environments except for polar regions. 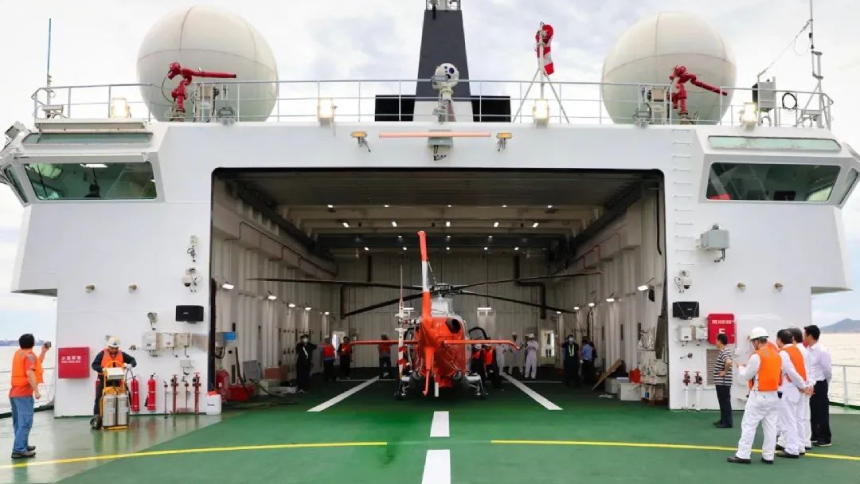 The vessel features intelligent operations and engine management systems. For C&C work, the operations management system integrates data from various on- and off-ship sensors, such as radars of other vessels and even satellites, to provide the CMSA’s incident response commanders with a near-accurate, real-time virtual image of the surrounding maritime area as well as any vessels and aircraft within. This capability will help ensure proper deployment of available vehicles and other assets to more quickly address and resolve developing emergencies and other situations, thus shortening response times and significantly lessening the risk of further harm or damage.

The engine management system meanwhile collects, stores, and analyses all data from the vessel’s entire propulsion arrangement, which includes the engines, the generators, the gearboxes, and even the shaft connections. The diagnostic capability will help the operators in identifying potential anomalies relating to the vessel’s propulsion. Any maintenance issues will be detected and resolved in less time, allowing the CMSA to properly schedule maintenance periods while ensuring only minimal adverse impact on the vessel’s ability to fulfil operational requirements.

The vessel also comes equipped with a flight deck and hangar facilities for accommodating one helicopter that may also be used to expand its SAR capabilities. The engines run on low-sulphur fuel and are also equipped with NOx exhaust after-treatment systems.

Haixun 09 will be operated by the CMSA’s branch in Guangdong province in the south-east of the country. This branch of the CMSA also has responsibility for the vast South China Sea, where the new vessel will perform long-range patrols and SAR support to help safeguard maritime traffic. Among its secondary duties are maritime pollution prevention and firefighting. For the latter mission, the vessel is equipped with two monitors on the aft portion of the superstructure just above the helicopter hangar. 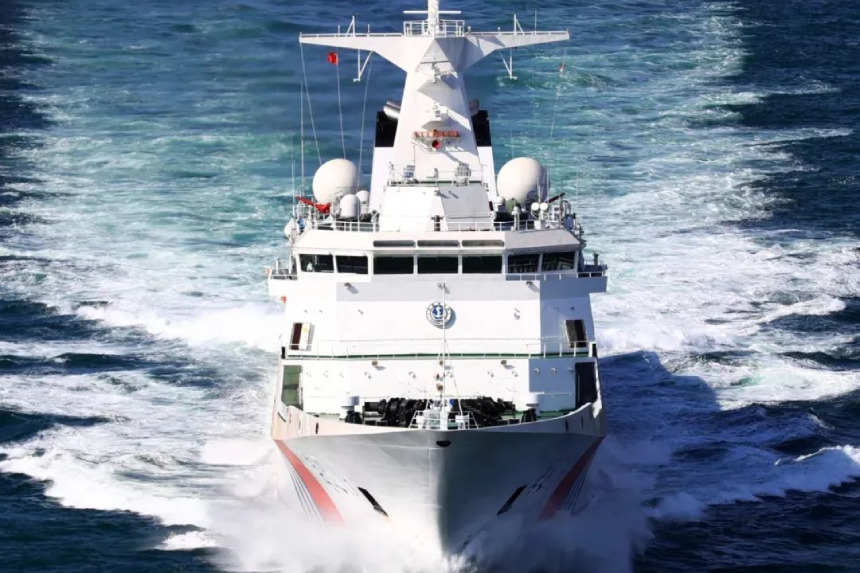