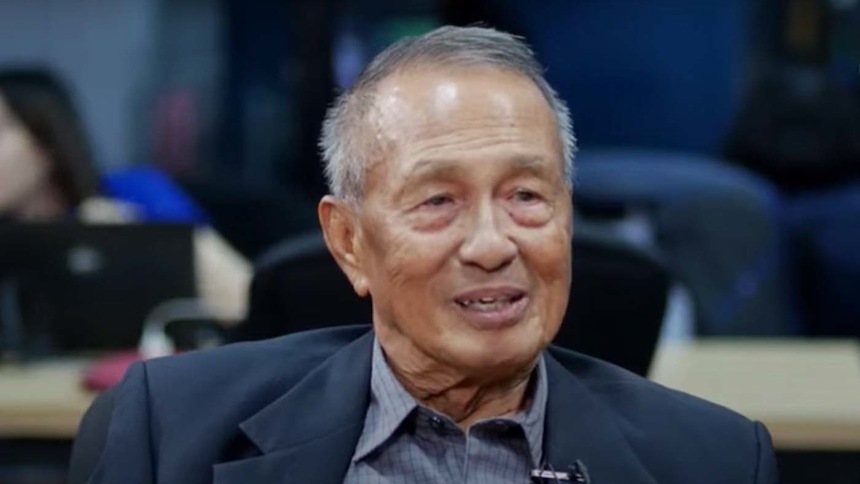 Retired Commodore Carlos Agustin, former chief of the Philippine Coast Guard (PCG) and founder and chairman of the Maritime League, died on  Easter Sunday, April 12, 2020, at the age of 82 after suffering a cardiac arrest.

Fondly called “Chuck” by many who knew him personally, the commodore was a 1960 graduate of the US Naval Academy, and had served in various capacities in the armed forces of the Philippines until being appointed as Coast Guard Commandant in 1990. Following his retirement from military service in 1993, he was appointed general manager of the Philippine Ports Authority (PPA) and served in that capacity until 1998.

Other accomplishments included his designation as the Philippine representative to the Board of Governors of the World Maritime University in Malmö, Sweden, from 1992 to 1997, his tenure as president of the National Defense College of the Philippines (NDCP) from 2001 to 2010, and trustee of the Philippine Council for Foreign Relations.

Commodore Agustin was also the founder and chairman of the Maritime League, a Philippine non-profit foundation established in 1990 to help spur progress in the maritime sector and advance the interests of the maritime profession and the maritime industry as a whole in the Philippines. He was also editorial board chairperson and publisher of the league’s publication, the Maritime Review.

The commodore had also been one of the proponents of the coast guard’s transfer as an agency under the Philippine Department of Transportation in the 1990s after having been operating as a major sub-unit of the Philippine Navy since 1967.

Commodore Agustin is survived by his wife Medy and their four children, Kay, Carla, Jay, and Christine.

Chuck Agustin, who died last week in Manila aged 82, was an old friend and mentor of mine and of the wider maritime industry, particularly in the Philippines and further out into Southeast Asia.

His influence was powerful and benevolent. That was why I nick named him “The Godfather”. He knew and was respected by everyone I ever met in the Philippine maritime industry and that country’s politics, from presidents down. If I ever had a question about Filipino maritime matters, I was always told to: “ask Commodore Agustin”. He knew everyone and everything.

He was a far sighted “big picture” man who saw the overall maritime industry holistically despite his original naval education that saw him the first Filipino graduate of the US Naval Academy. He was the founding Commandante of the Philippine Coast Guard when it separated from the Republic of the Philippines Navy. It is a tribute to him that it has since become a very effective and important organisation.

Long before he was appointed chairman of the Philippine Ports Authority, he was very well aware of the importance of commercial shipping, both domestic and foreign; ports; ferries; fisheries; tourism; and, the whole broad maritime business. He was both a thinker and a doer.

He founded and, for many years, chaired the Philippine Maritime League, a very important body comprising members from right across the maritime industry spectrum. The League brought together, very effectively, the whole disparate business in an impressive spirit of co-operation. I had the pleasure of participating in several of the League’s meetings over the years and wished that we could emulate them in Australia. They reminded me of the sadly missed Peter Morris-convened meetings of the Australian Maritime Network of the 1990s.

As well, Chuck was a strong and proud family man with an illustrious heritage. He was an excellent travelling companion with whom I enjoyed several trips around the fascinating and beautiful country that he loved so much and was so proud of.

Chuck was unique. He will be sadly missed by many.