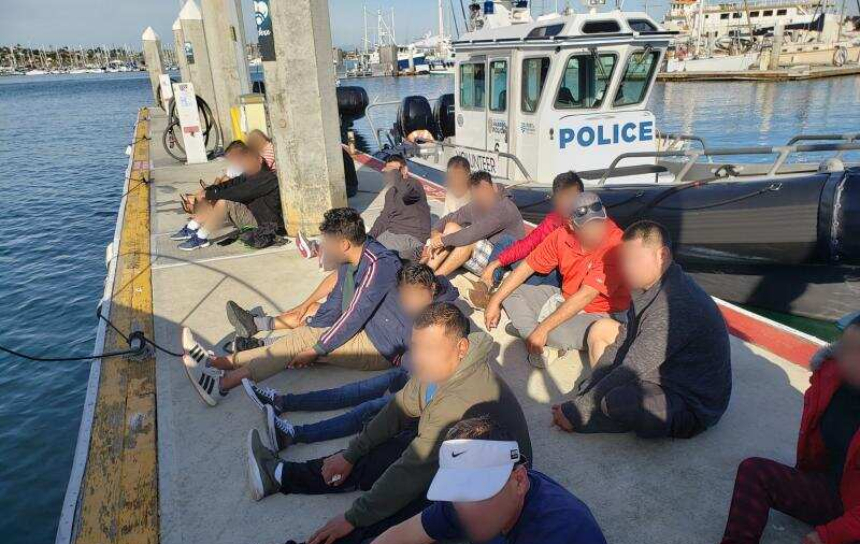 US Customs and Border Protection (CBP) agents working in coordination with US Department of Homeland Security (DHS) partner agencies arrested 34 people who had entered the US illegally by sea earlier this week.

The first incident occurred on Sunday, December 1, at approximately 11:15 local time, when a DHS aircraft observed a suspicious boat enter the US.

The US Coast Guard (USCG) notified CBP’s Air and Marine Operations (AMO) to intercept the vessel. At around 12:15, AMO agents intercepted the boat approximately 1.6 kilometres southeast of Point Loma, California.

The remaining 17 people on board—five women and 12 men—were Mexican nationals who admitted to being illegally present in the US.

The boat was seized by AMO.

AMO notified USCG officers patrolling the area, who responded with a Coast Guard Cutter and a rigid-hull inflatable boat (RHIB) to intercept the vessel.

At around 00:52, the RHIB pursued the panga, which failed to yield, and moments later the panga beached itself near the T-Street Beach, just south of the San Clemente Pier. Once on shore, 14 people disembarked from the panga and ran to avoid agents.

The panga was seized by the USBP.

The 34 people arrested during these two maritime events are currently in DHS custody.

Tags: US Border Patrol US Coast Guard US Customs and Border Protection US Department of Homeland Security USA