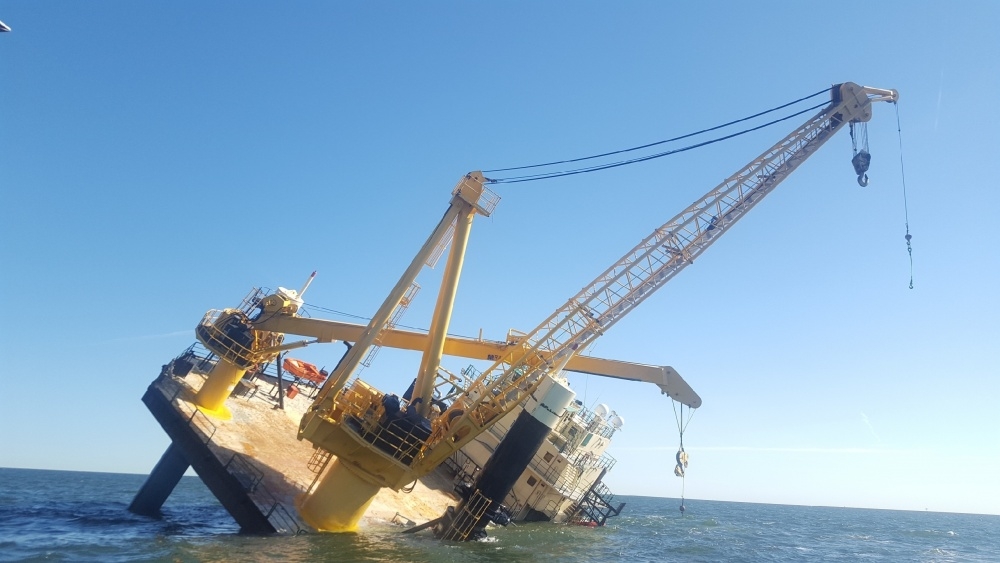 The US Coast Guard and good Samaritan vessels assisted in the rescue of 15 people from a liftboat near Grand Isle, Louisiana, on Sunday, November 18.

Watchstanders at Coast Guard Sector New Orleans received a report at approximately 03:16 from the 40-metre liftboat Ram XVIII that it was taking on water approximately 23 nautical miles west of Southwest Pass, Louisiana, with 15 people aboard.

The master of the liftboat reported that the vessel had a 45-degree list and no power, causing the vessel to be unable to self-correct the list. During the time the vessel was still taking on water, a steel tank filled with soap fell over the side, causing a hazard to navigation.

The liftboat has approximately 52,000 litres of diesel onboard. There are currently no reports of discharge.

Sector watchstanders issued an urgent safety marine information broadcast for the tank and the liftboat. Members from Coast Guard Marine Safety Unit Houma have plans to attend to the liftboat on November 25.

The cause of the incident is under investigation.