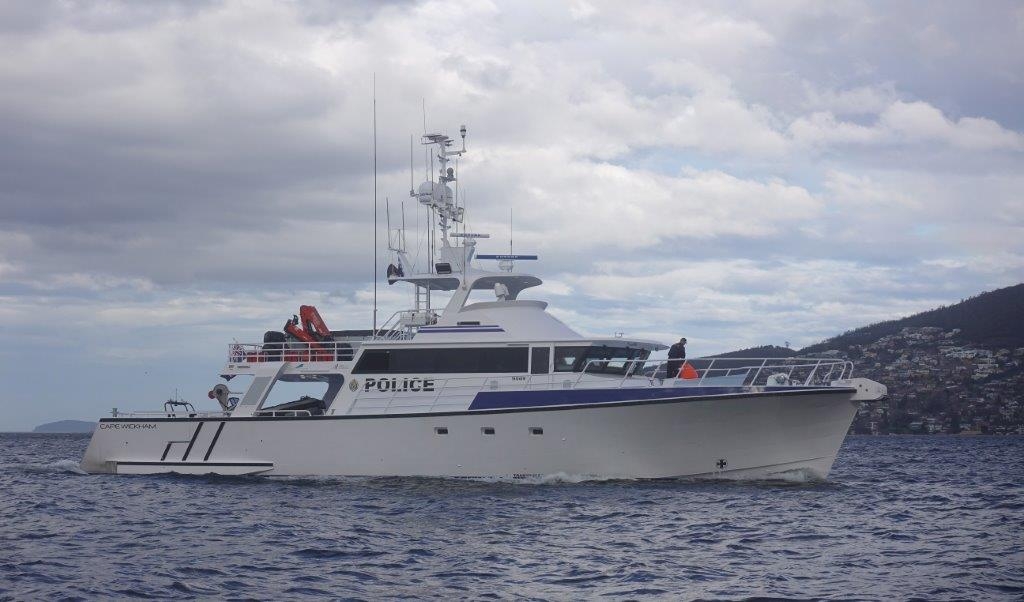 The Van Diemen has been in service with the Tasmanian Police Department for 21 years. This vessel has been so successful that, when the department decided to increase its capability by adding another vessel, the very detailed specifications were for a similar but larger and faster vessel.

Fine Entry Marine of Geraldton, Western Australia, submitted the winning tender. Fine Entry’s managing director Tim Browne knew he would be working in familiar territory – he had, after all, built the Van Diemen when he worked at Geraldton Boat Builders. He even delivered it. Much of the team he assembled had worked alongside him, as had several of his contractors. Personnel at many of the suppliers also remained unchanged. This is the way it is in a town, remote by some standards, where people tend to be long-term residents. 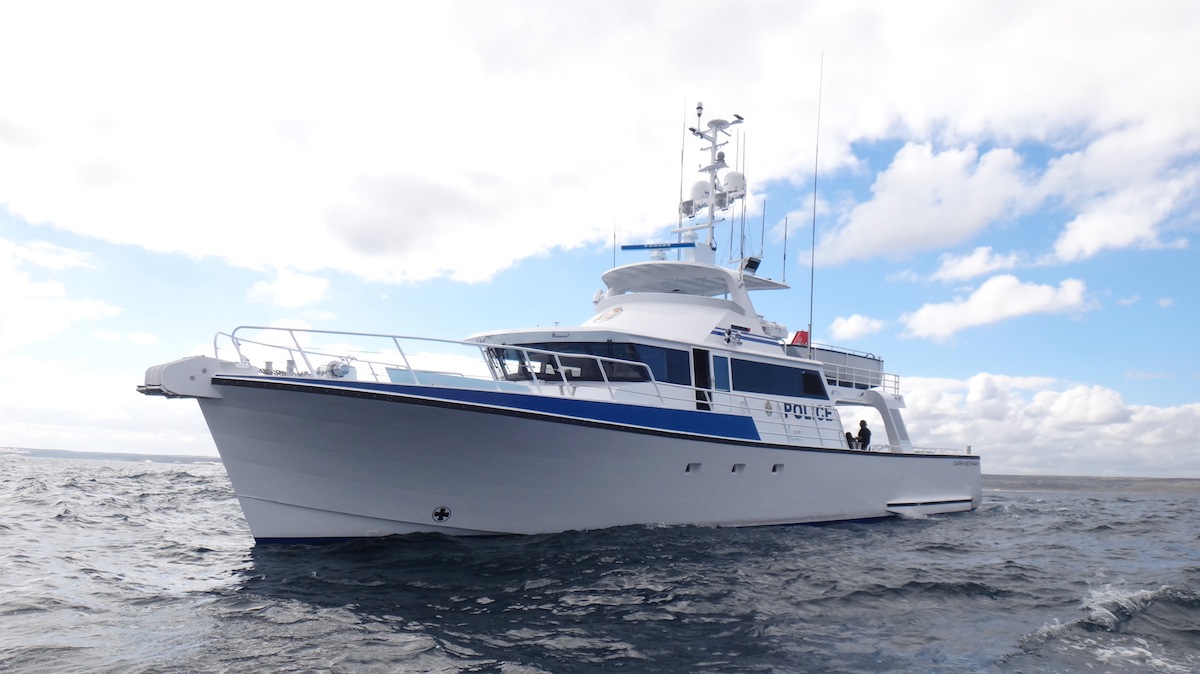 A major structural modification suggested by Fine Entry is usually invisible: twin keels instead of the original single. Geraldton has its share of horrendous weather and its rock lobster fleet operates almost in disregard of it. The local fishermen consider twin keels a no-brainer for their influence on stability, and behaviour in following seas.

This was a brave move by Tim Browne. He had to achieve the contract speed of 28.5 knots at full load – a load increased by larger fuel tanks and added equipment – plus the increased drag of the extra keel. The expected penalty of the keel alone was a loss of 1.5 knots, but the speed achieved on trials was 30 knots. An exceptionally fair hull undoubtedly made its contribution to this result.

A full review of Cape Wickham will appear in the September/October issue of Ausmarine magazine.