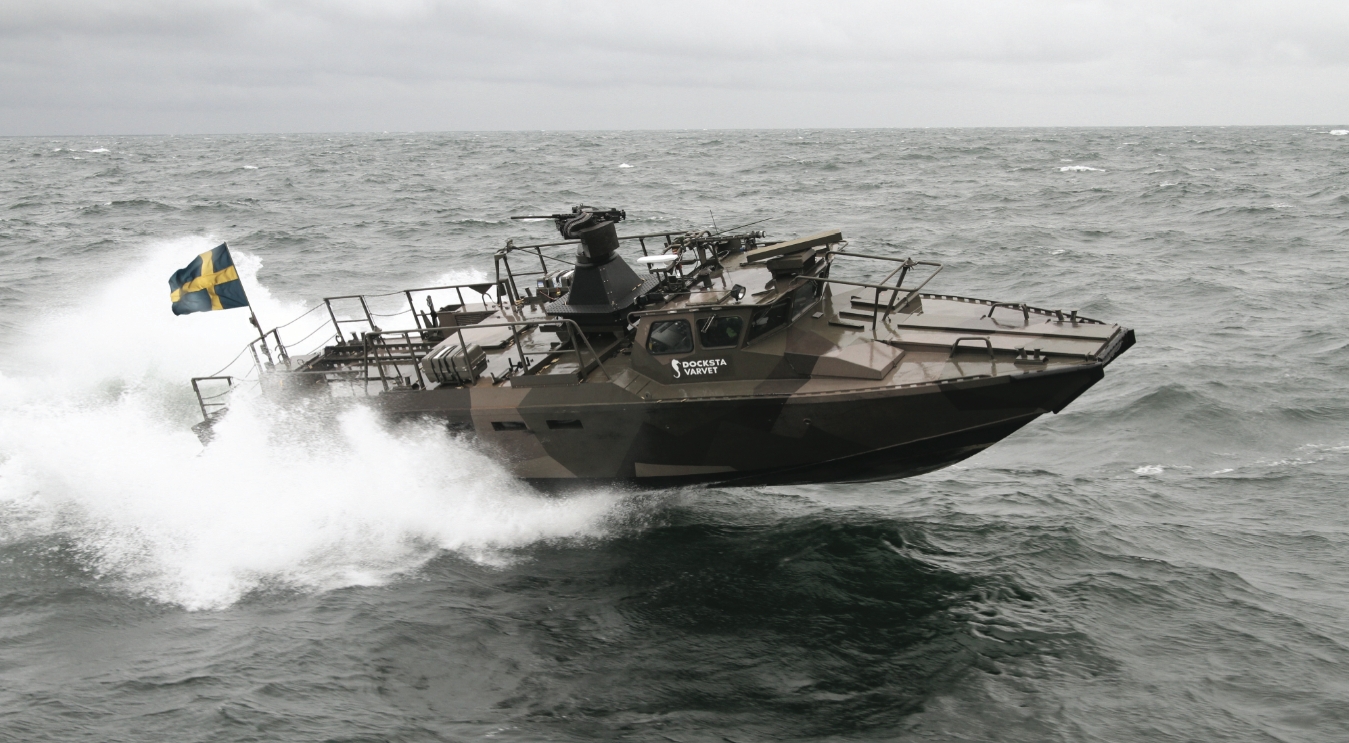 The reconstruction of the Swedish Amphibious Corps is now well on its way after a lengthy period of de-armament. Dockstavarvet has received an order from the Swedish Defence Material Administration to build 18 new combat boats with delivery from 2018 to early 2020.

The Muskö and Docksta yards of Dockstavarvet have also just finalised a life-time-extension programme comprising 27 units of the combat boat 90 HS-class. The boats were built at Dockstavarvet around the year 2000 and have gone through a complete overhaul including installation of new Scania DI 13 engines.

The new boats will be based on the existing design but will be fitted with larger engines (Scania DI 16), modern electronics and a remote-controlled weapon station. This modernised version will get type designation CB 90 HSM.

The boats are of all welded aluminium construction and measure 15 by 3.8 metres with a one-metre draught. The propulsion package comprises two diesel engines driving two waterjets through hydraulic clutches. They are normally manned with three crew and can carry 18 soldiers. The boats are fitted with a bow ramp and the structure is strengthened to perform “forceful landing” even on rocky beaches.