Written by Baird Maritime on May 16, 2019. Posted in Non-Naval (Maritime Security), Search and Rescue, Ships (Naval). 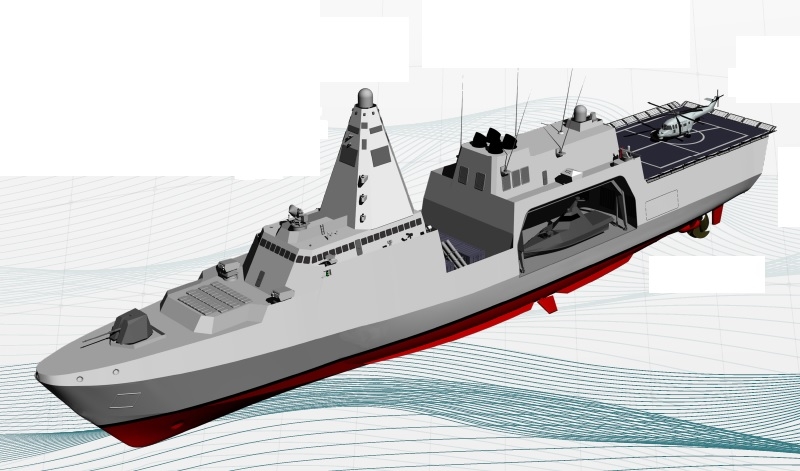 The new launches by the company include a 130-metre multi-role vessel (pictured) and a 25-metre fast patrol boat (FPB) designed for interdiction, interception, and patrolling.

The 130-metre vessel utilises the same modular design and hull form as five other classes of ships developed by ST Engineering which include frigates, offshore patrol vessels, and research and support vessels. Features include a helicopter deck and space for carrying unmanned vehicles.

The 25-metre FPB will be suited for high-speed operations such as pursuit and arrest, search and rescue, offshore patrolling and escort, surveillance, and border patrol.