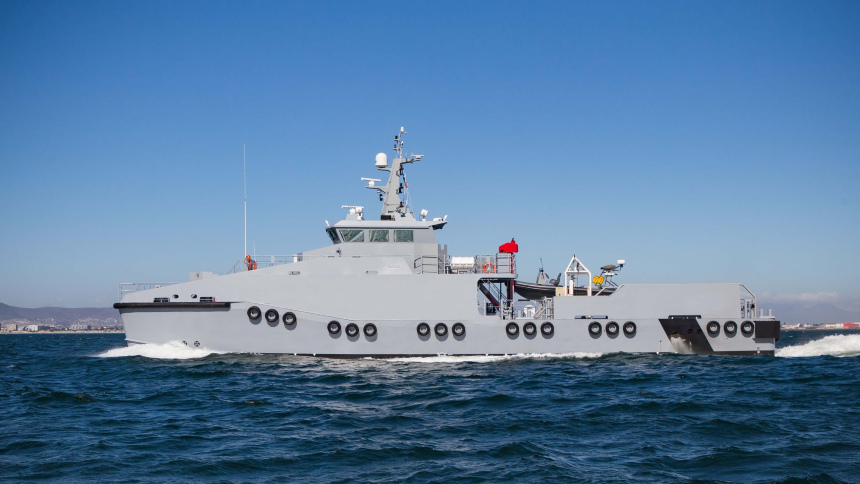 The newbuild has a length of 35 metres, a beam of 7.5 metres, a ballistic-protected wheelhouse and deckhouse, facilities for launching and recovering one 8.5-metre boat, X- and S-band radar, and space for six crew and up to 50 passengers.

Three Caterpillar C32 1,093kW engines driving fixed-pitch propellers give the vessel a maximum speed of 28 knots and a range of 1,150 nautical miles at 20 knots.