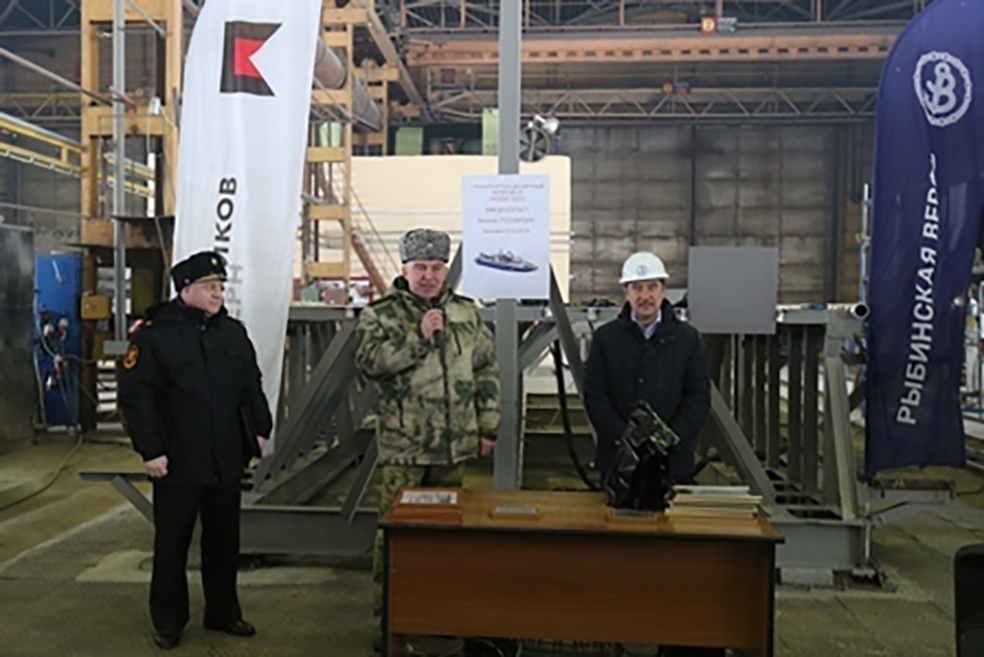 A keel-laying ceremony has been held for a BK-16 high-speed landing craft at Rybinskaya Verf shipyard.

Under construction for the National Guard of the Russian Federation, the landing craft is intended for a variety of missions, such as coastal area patrol, personnel transportation, coastal landing operations, fire support, counter-piracy, counter-terrorism, medical evacuation, assistance to vessels in distress, and other special operations.

Rybinskaya Verf Director General Sergey Antonov said the Yaroslavl Region shipyard, which is a subsidiary of Concern Kalashnikov, and the National Guard, are negotiating further contracts.