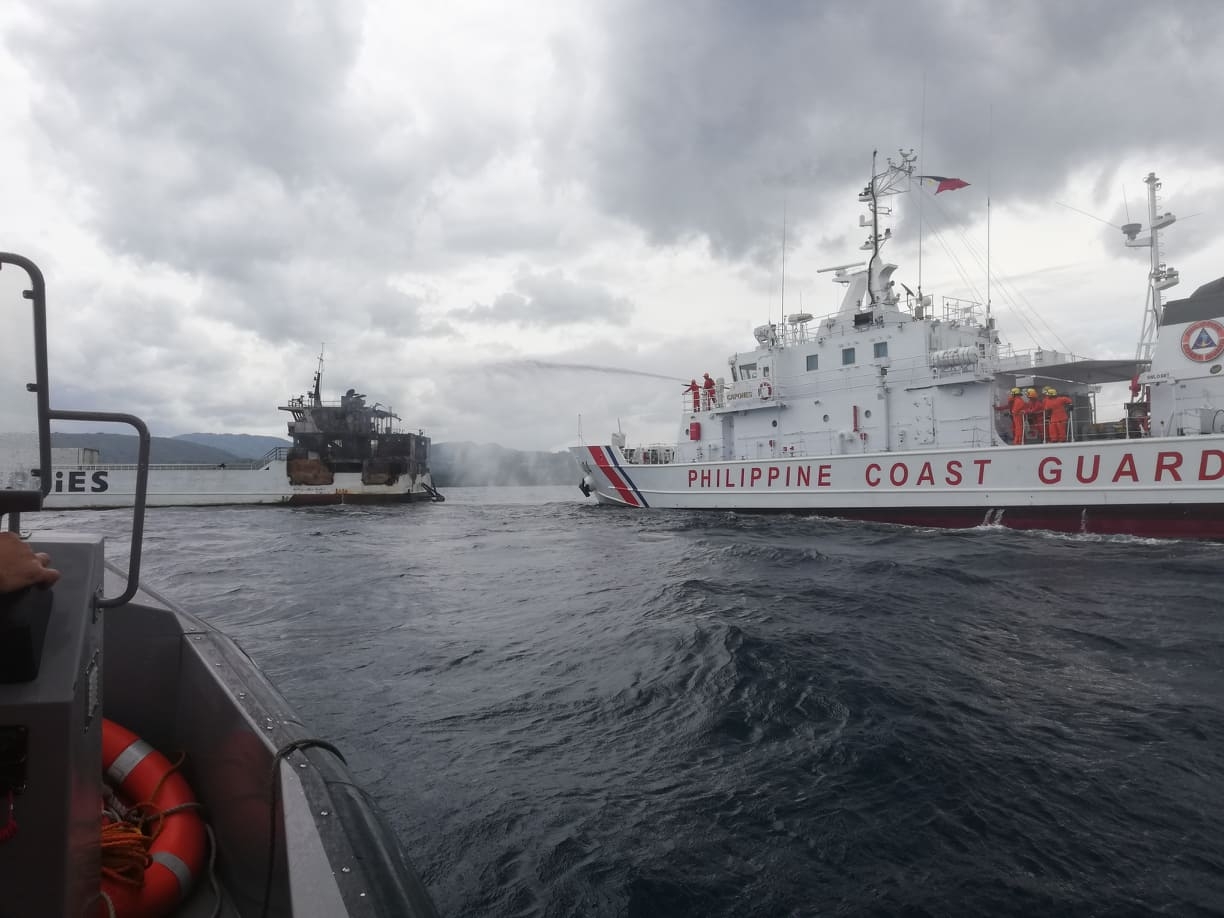 A Ro-Ro ferry caught fire some 300 metres from shore in the waters just off Cebu province in the Central Philippines on Sunday, September 2.

Lite Ferry 28, a 64-metre LCT-type Ro-Ro vessel owned by Lite Shipping Corporation, had left Tagbilaran Port in Bohol province some 40 nautical miles away that same morning and was about to dock at Argao Port in Cebu when a fire broke out in the engine room at approximately 11:45 local time.

The vessel’s own onboard fire extinguishers proved inadequate in controlling the blaze, prompting the crew to send out a distress call.

The Philippine Coast Guard (PCG) multi-role response vessel BRP Capones and the Bureau of Fisheries and Aquatic Resources (BFAR) maritime control and surveillance vessel MCS-3007, both of which also happened to be stationed in Cebu, immediately came to the aid of Lite Ferry 28. 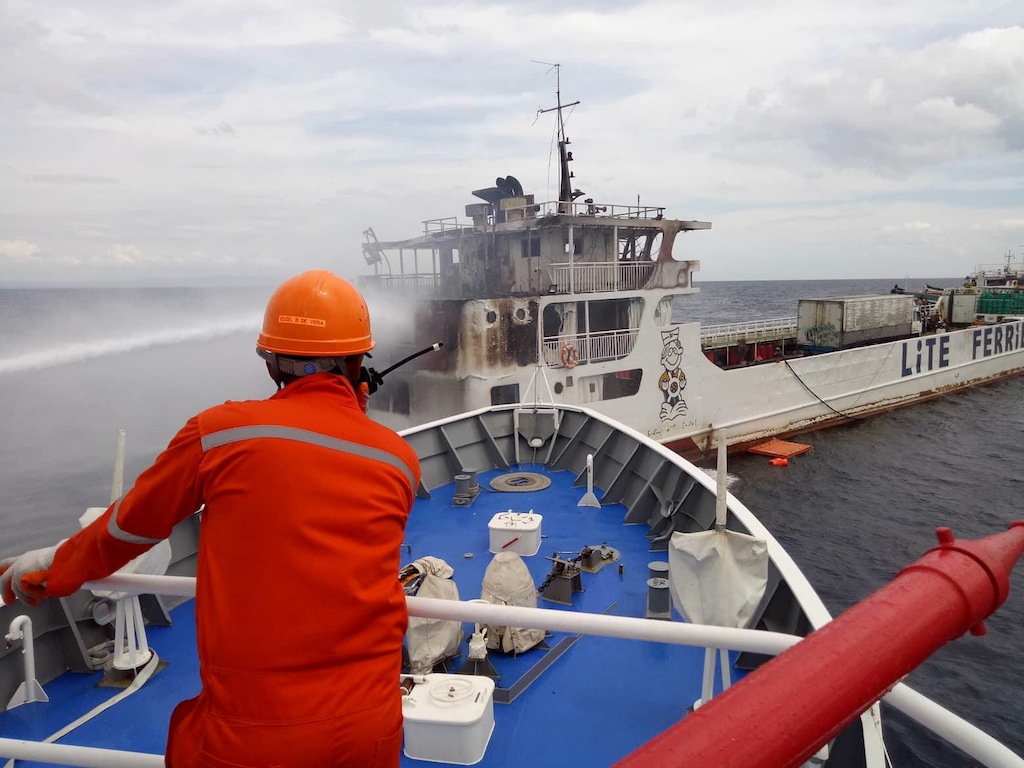 The PCG and BFAR crews then began to contain the blaze using their vessels’ onboard fire-fighting equipment.

LCT Miami, a commercial LCT barge, also rendered assistance by transporting all 124 passengers and crew from the burning ferry safely to shore as the PCG and BFAR concentrated on fire-fighting efforts.

After having dropped off the rescued passengers and crew, LCT Miami loaded three fire trucks and returned to the scene of the incident to help in containing the blaze.

Officials from the PCG and the Maritime Industry Authority (MARINA), the Philippine government’s commercial maritime regulatory body, told reporters that the fire was finally put out by 12:45, after which the crippled ferry was towed by LCT Miami to nearby Taloot Wharf in Argao.

The PCG and MARINA announced that an investigation to determine the cause of the fire is underway. 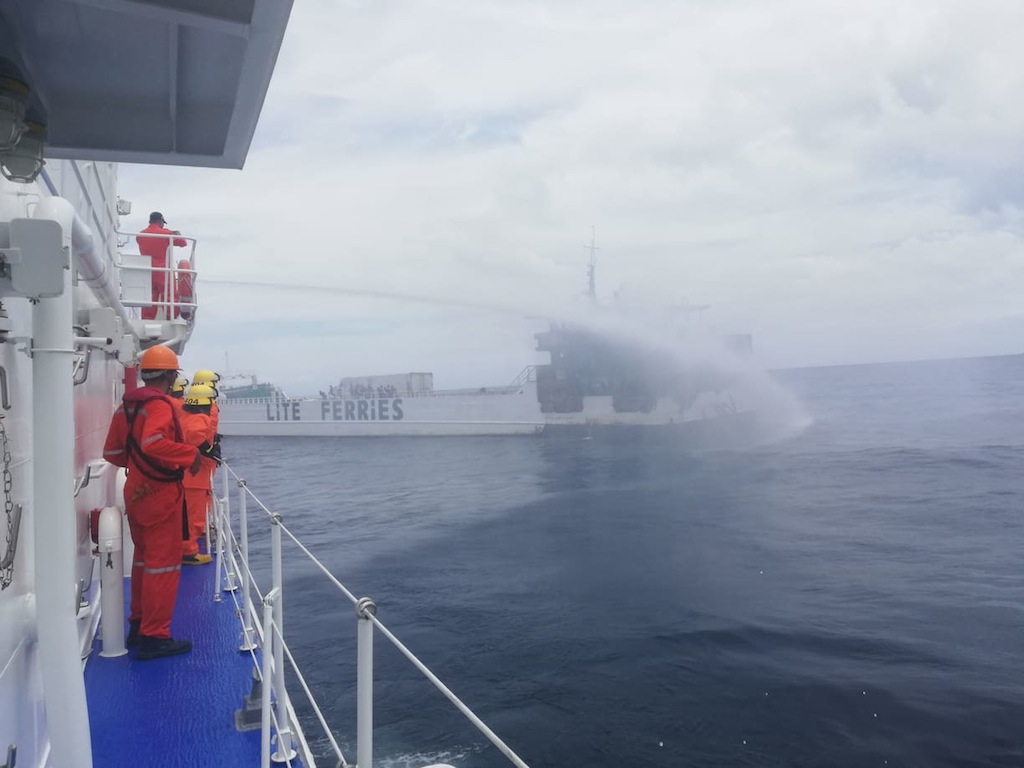 Lite Shipping President and General Manager Lucio Lim Jr. assured reporters that Lite Ferry 28 is less then 10 years old with three-year-old engines to alleviate any concerns that the incident might have been caused in part by vessel obsolescence.

The ferry was acquired from China in 2015 and has been with the Cebu-based Lite Shipping fleet ever since.

Lim further cited that this is only the first such incident to befall the company in their nearly three decades of operation.