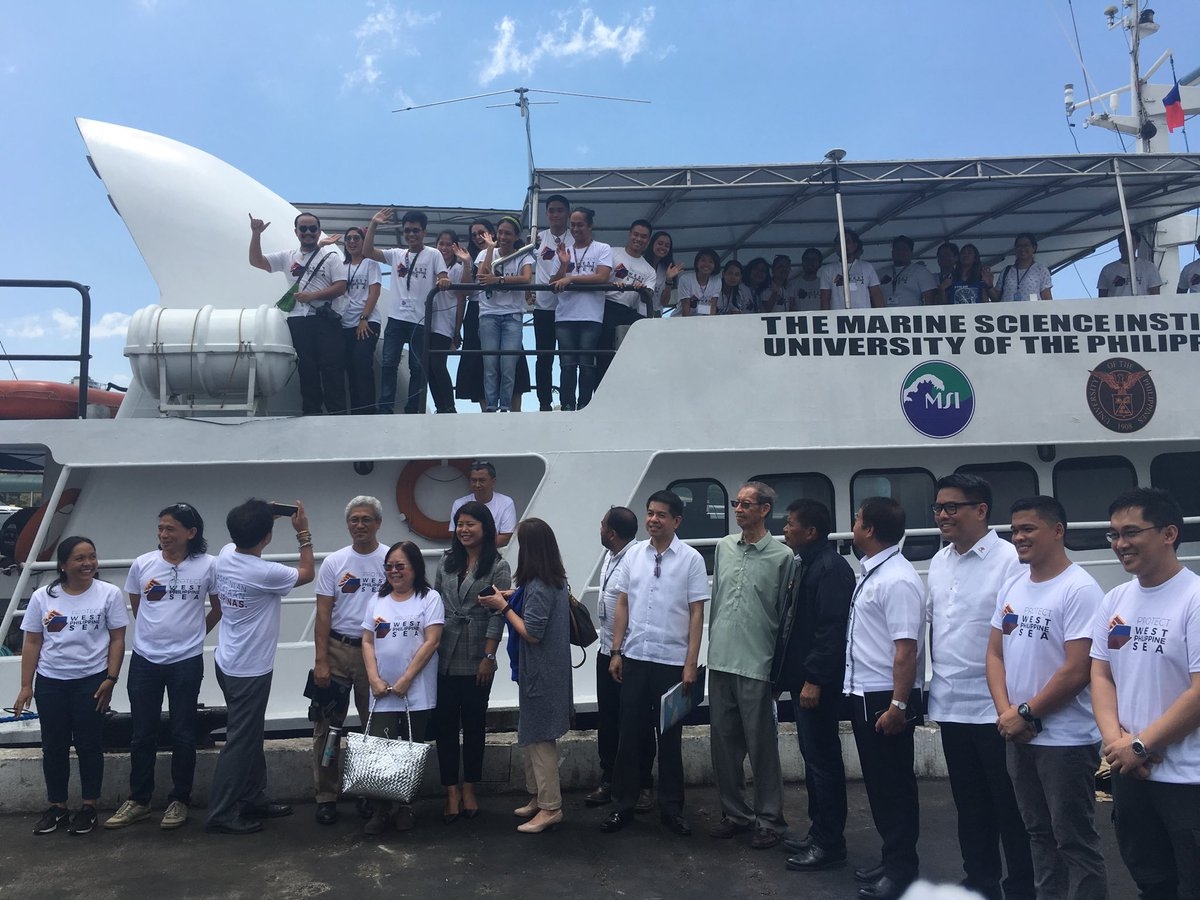 A team of 74 Filipino scientists and support personnel sailed for the waters off the disputed Spratly Islands on a two-week joint research expedition on Monday, April 22.

The expedition falls under the initiative Predicting Responses between Ocean Transport and Ecological Connectivity of Threatened Ecosystems in the West Philippine Sea (PROTECT WPS).

The joint effort is led by the Marine Science Institute (MSI) of the University of the Philippines in coordination with the Bureau of Fisheries and Aquatic Resources (BFAR) and the Philippine Coast Guard.

During the expedition, the MSI will assess the marine life in and around some of the islands in the Western Spratlys, which the Philippines claims as part of its territory under the Kalayaan Island Group (KIG), and the ecosystems’ role in ensuring food security for the country’s northern and western provinces.

MSI director Dr Fernando Siringan believes the KIG is essential to Philippine food security but concedes that the assertion is based only from a small number of samplings, hence the need to conduct periodic monitoring and research in the area to validate the hypothesis.

The expedition team departed for the KIG on board the BFAR multi-mission offshore vessel (MMOV) BRP Lapu-Lapu and the MSI research ship Kasarinlan. This is the maiden research voyage for Kasarinlan, which is also MSI’s first vessel.

The team will conduct biological and oceanographic research as well as surveys in some of the reefs to generate baseline data for future reference purposes.