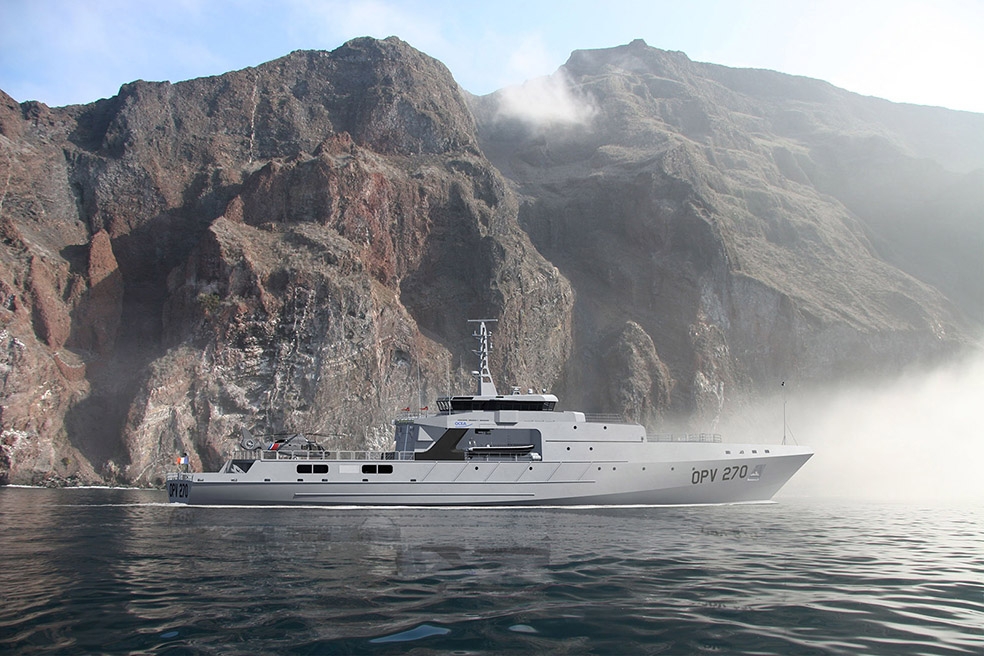 The Philippines Coast Guard has awarded a contract to French shipbuilder OCEA for the delivery of four 24-metre fast patrol boats (FPB) and one 84-metre offshore patrol vessel.

Reaching speeds of 32 knots, the FPBs each have a 12-strong crew.

The multipurpose FPBs are designed for general coastal patrol and police duties within the territorial and economic zone waters, fighting against piracy and illegal activities, law enforcement at sea, search and rescue, and protection of the marine environment.

The ships will be built at the OCEA shipyard at Les Sables d’Olonne.

The four smaller boats are scheduled for delivery in 2018.

The larger vessel has an operating speed of 22 knots, an 8,000-nautical-mile range at 12 knots, and a five-week endurance. It has a capacity of 40 crew, 26 personnel and 35 survivors.

The larger vessel will be delivered in 2019.