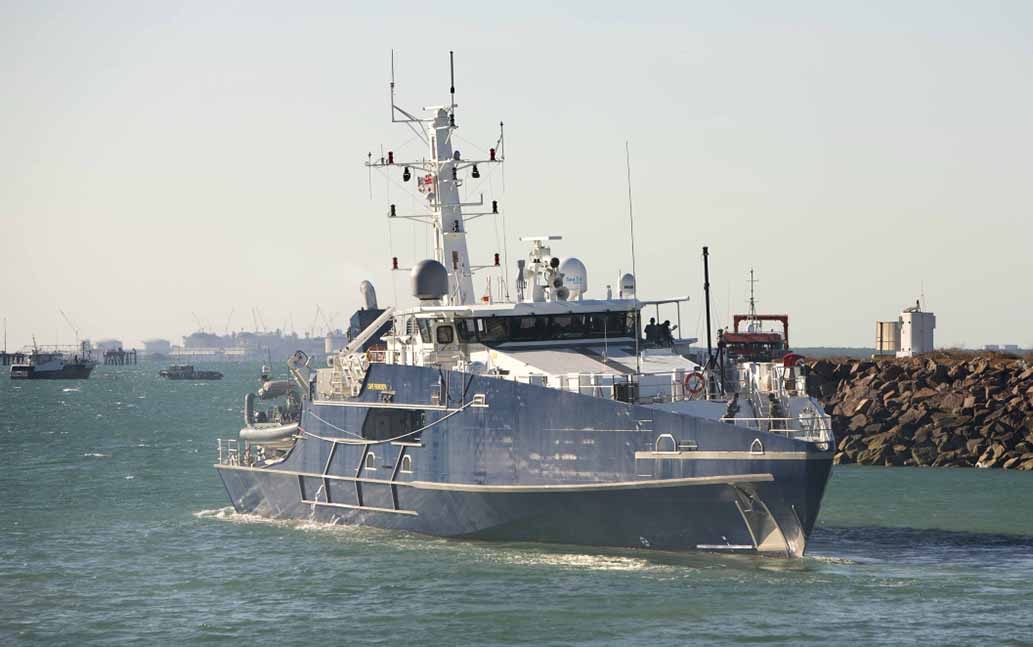 Australian Defence Vessel (ADV) Cape Fourcroy was tasked by Maritime Border Command to visit several east coast ports to gather intelligence and work with stakeholders to inform them about how to report suspicious activity, such as illegal fishing.

The 58.1-metre by 10.6-metre vessel left Cairns on February 8 and has visited Bundaberg, Coffs Harbour, Sydney and Brisbane.

Reaching a top speed of 25 knots, the Austal-built patrol boat Cape Fourcroy has a range of 4,000 nautical miles at 12 knots and has a crew of 21.

She is armed with two 12.7mm machine guns.