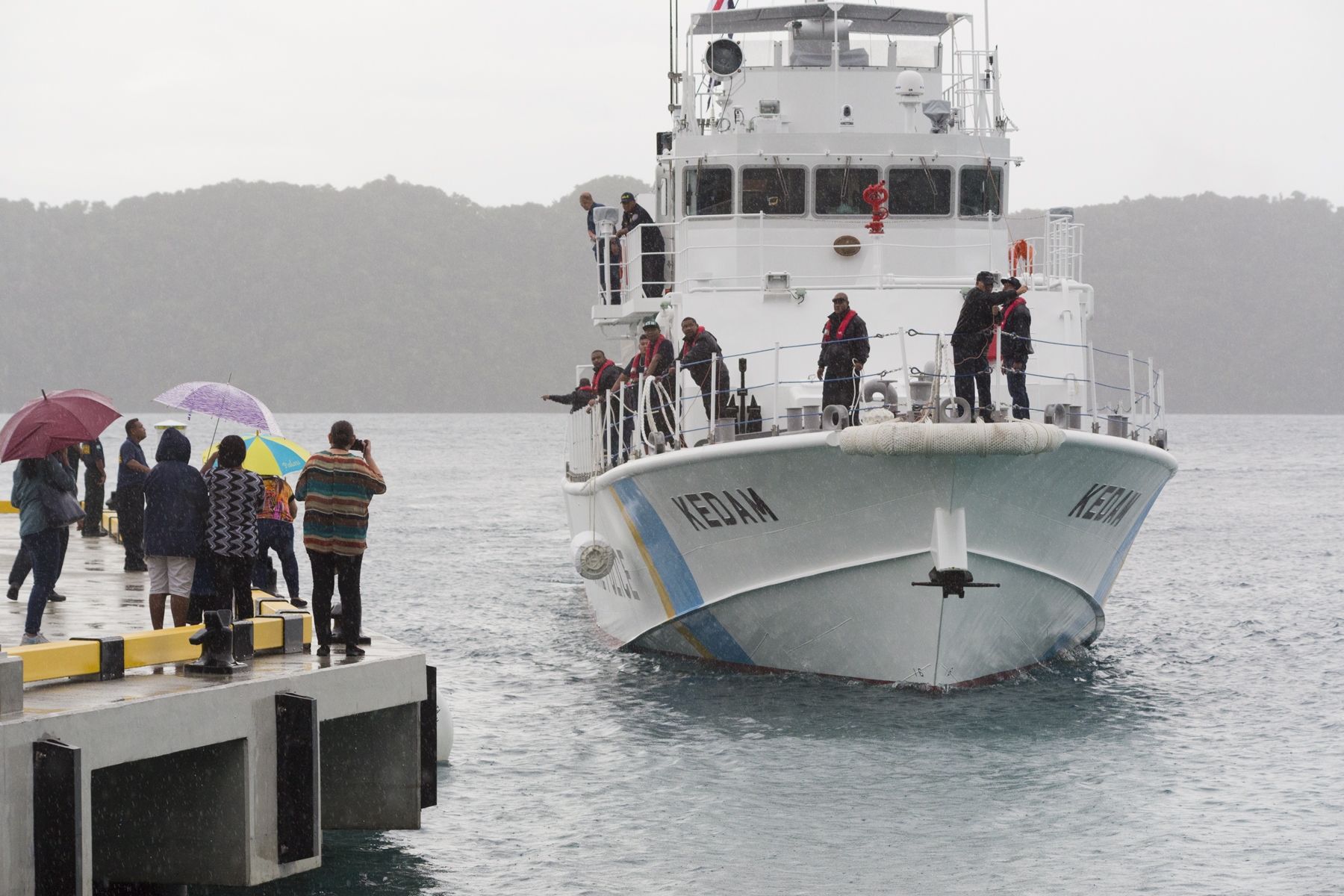 Boosting its marine surveillance, a Japan-funded patrol boat arrived in Koror Palau on December 19, 2017. An official handover ceremony is scheduled to take place in February 2018.

PSS Kedam is the additional patrol boat for Palau. Palau has the existing PSS HI Remeliik, which is 31.5-metres long. Remeliik is Palau’s first patrol board donated by the Australian government .

The new patrol boat is funded with the grant by the Nippon Foundation at a cost of over US$30 million. Kedam is expected to enhance Palau’s marine surveillance capabilities and police its s 200-mile exclusive economic zone.

It is also part of the grant assistance from the Nippon Foundation and the Sasakawa Peace Foundation on the 10-year $70 million assistance provided by the two foundations referred to as the “Support to Enhance Coast Guard Capabilities and Promote Eco-conscious Tourism in Palau”.

The Nippon Foundation also provided a new berth and administration building, while the Sasakawa Peace Foundation provided capacity training and salary for the crew.

The MOU also includes the donation of another small patrol boat.

The Sasakawa Peace Foundation will fund employment of crews to operate the medium-sized patrol vessel, including the training of those crews, which will be conducted by the Japanese partner organizations until the end of Japanese fiscal year 2027.

On its way to Palau from Japan, PSS Kedam encountered typhoons. The vessel and crew made a stop at Ishigaki Island in Okinawa, and also detoured to Philippines to avoid two separate storms. However the 15-man crew of the new boat boasted of the new vessel’s capability to weather out the storm.

The patrol vessel departed from Kure in Hiroshima Prefecture on December 8.