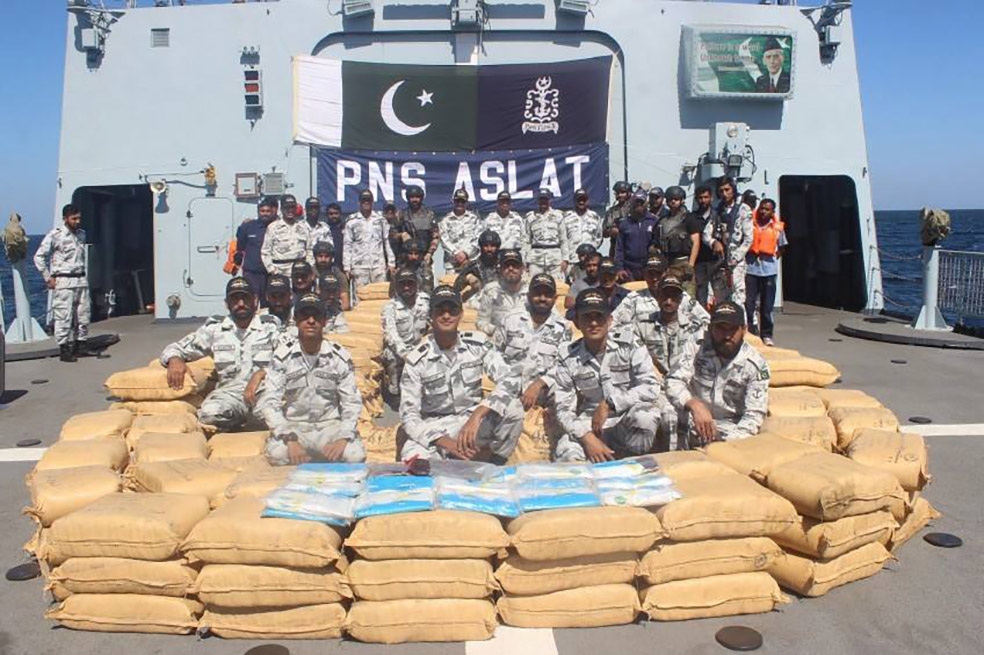 With this latest seizure, the Australian-led CTF 150 has confiscated more than US$1 billion of narcotics since December.

Aslat was conducting routine patrols in the international waters of the Arabian Sea when the crew boarded a dhow.

Once the dhow was determined to be without nationality, Aslat crew were authorised to conduct a non-destructive search and found the hashish, which is valued at more than US$197 million.

The illegal drugs were catalogued then disposed of safely.

Since November, CTF 150 has seized more than 16 tonnes of hashish and 1.5 tonnes of heroin, valued at more than US$1 billion.