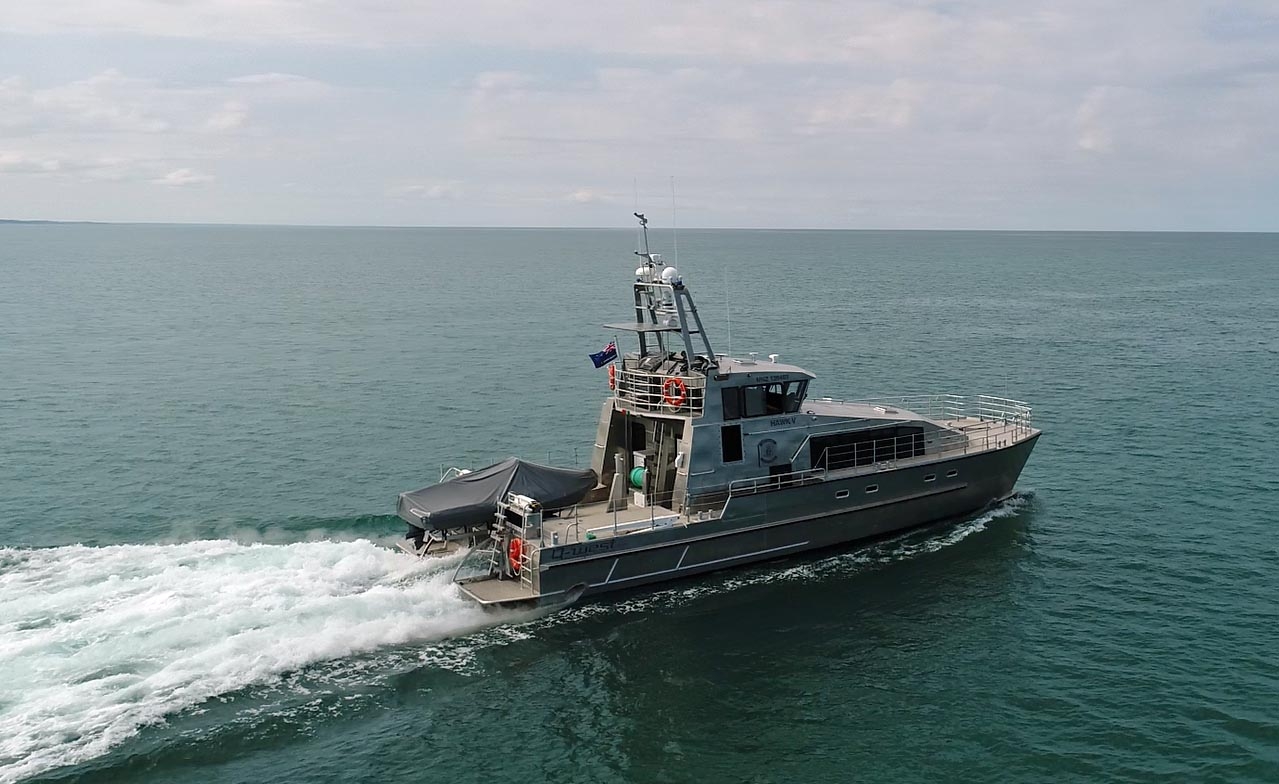 Designed by Auckland-based Teknicraft and built by Whanganui-based Q-West, the 18.6-metre, foil-supported, aluminium catamaran is operated by a crew of four customs officers with specialist maritime expertise and has an operational speed of about 40 knots.

Replacing the Hawk IV, which had been in service for 19 years, the newbuild was launched in a ceremony held at Ports of Auckland on International Customs Day on January 26.

“The world-class patrol vessel has been purpose-built to boost customs’ ability to identify risk and carry out enforcement now and into the future”, commented NZ Customs Minister Meka Whaitiri.

Primarily based in Auckland, but also deployable to other regions, the Hawk V is similar in size and shape to the police vessel Deodar III, which is expected to further enhance collaborative operations between the two agencies.

The vessel is the fifth in customs’ history to bear the name “Hawk” – with the first understood to have targeted tobacco smugglers in Auckland during six years’ service from January 1881.