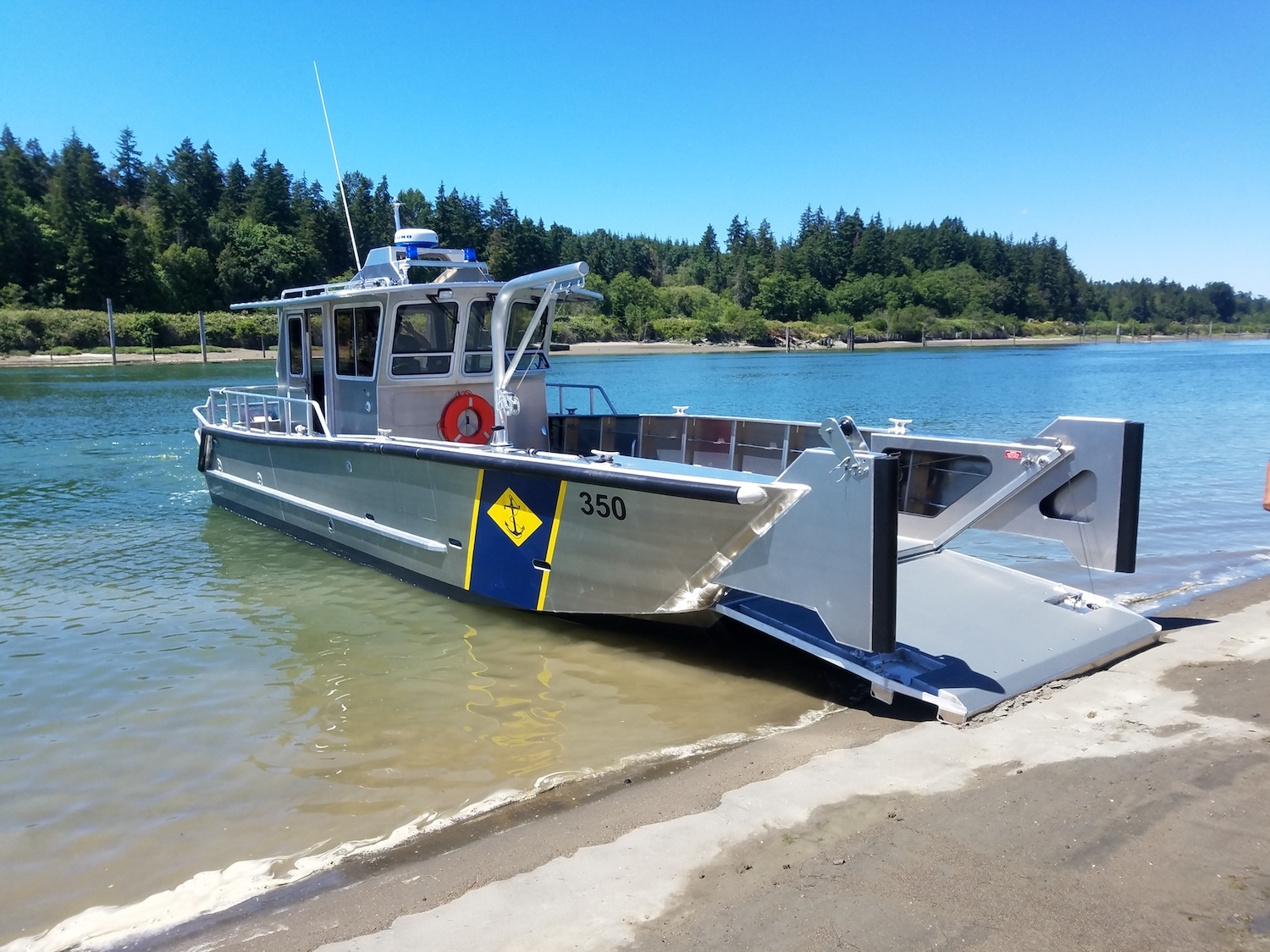 The vessel will enable the Naval Militia to deliver three tonnes of emergency supplies, a vehicle, or 27 personnel to beaches or shorelines along Long Island or the Hudson River during flooding or other emergency situations.

The vessel, built by Munson Boats, cost approximately US$317,000. Three quarters of the cost was paid by a 2016 federal grant for port security.

The boat can also be trailered to any location in the state when needed.

The landing craft will be operated by the Naval Militia’s Military Emergency Boat Service which operates nine other water-craft as well to respond to state emergencies, augment law enforcement agencies and support the Coast Guard.

It is powered by twin Mercury Optimax 186kW outboard engines. The landing craft can deliver up to 3 tonnes of equipment or supplies with a 2.3-metre-wide bow door and 5.2-metre length of cargo area forward of the wheel house.

The vessel has a catamaran twin-hull design which increases stability. It also has the ability to pivot 360 degrees when needed.

The New York Naval Militia will initially base the vessel in Albany and then relocate it for mission support down the Hudson River this fall near Indian Point.