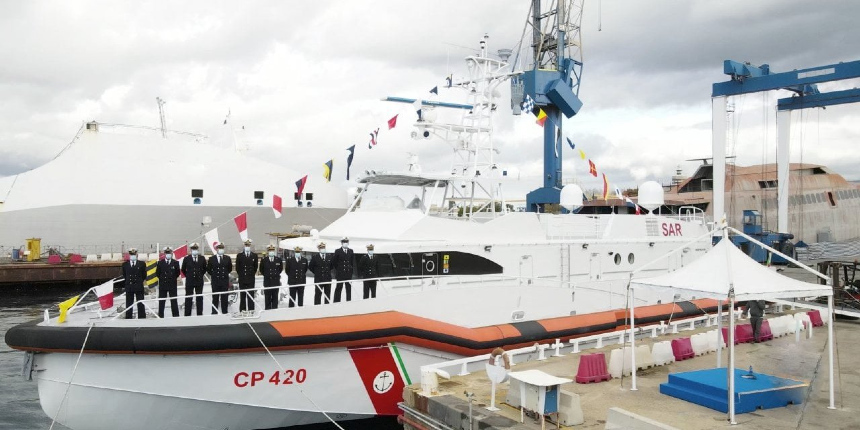 The vessel honours the late Natale De Grazia, an Italian Coast Guard officer and environmental advocate who died under mysterious circumstances. Upon the request of the current coast guard leadership, the launching ceremony of the new vessel was held on the 25th anniversary of Captain De Grazia’s passing.

The future Natale De Grazia is the first of the 33- by eight-metre Angeli del Mare (“Angels of the Sea”) class of coast guard patrol vessels that will also be the largest self-righting vessels to be built in Italy.

In addition to performing maritime security patrols, the vessel will also be used in search and rescue (SAR).