More than 20 rescued from burning car carrier near Spratlys 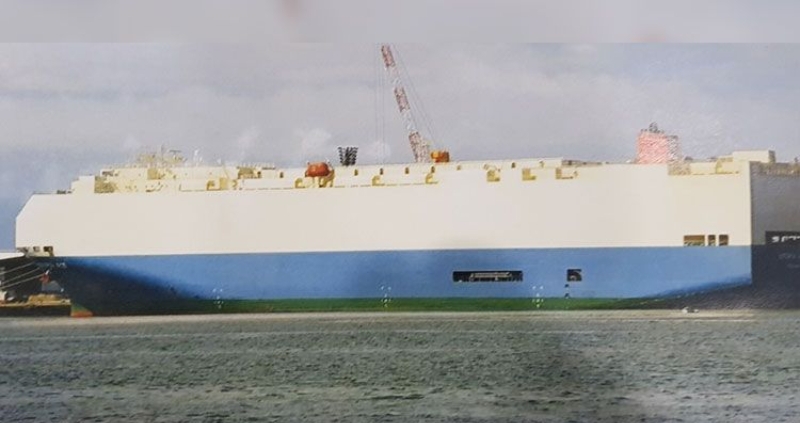 A total of 25 people have been rescued from a car carrier that caught fire while transiting the Western Pacific near the Spratly Islands on Sunday, June 16.

The Philippine Coast Guard (PCG) received a report from shipowner K Line at around 23:30 Manila time that a blaze had broken out on the Panamanian-flagged Diamond Highway as it was sailing from Singapore to Batangas Port just south of Manila.

The fire, which first erupted as Diamond Highway was just off Reed Bank in the Northeastern Spratlys, was still raging by 13:40 on Monday, June 17, by which time the vessel had drifted into Philippine waters.

The PCG then deployed the Parola-class multi-role response vessel (MRRV) BRP Cabra to conduct rescue and firefighting operations. Canopus Leader, a Singaporean-flagged car carrier, was en route to Laem Chabang in Thailand when it received Diamond Highway‘s distress call and changed course to render assistance to the burning vessel.

All 25 crewmembers of Diamond Highway had abandoned ship and were later picked up out of the water by the crew of Canopus Leader, which has since resumed its voyage to Laem Chabang with the rescued sailors on board.

The PCG has launched an investigation to determine the cause of the fire and the extent of the damage sustained by the crippled car carrier.