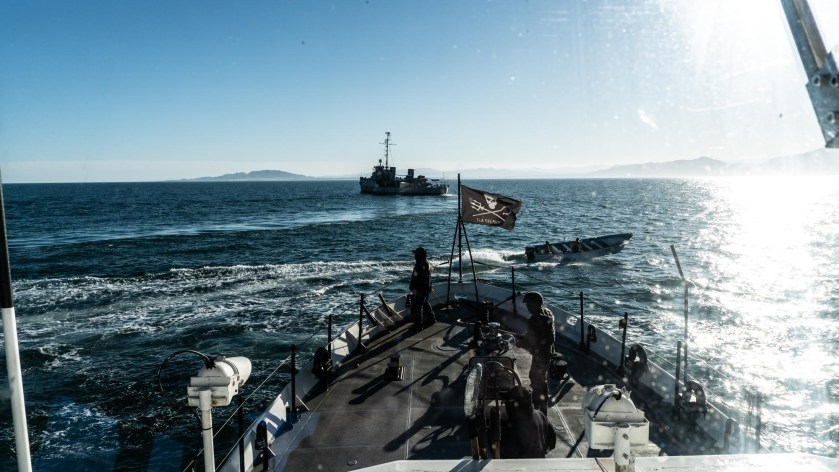 Over 50 people supposedly posing as fishermen on board 20 high-speed boats attacked the Sea Shepherd vessel Farley Mowat in the Upper Gulf of California on January 31.

According to the controversial NGO, the “poachers” then started hurling lead weights, large stones, petrol bombs, and various other objects at Farley Mowat, shattering its windows and causing a small fire on board the vessel.

Sea Shepherd claims its crew members fended off the attacks using emergency fire hoses while Mexican Navy sailors and Federal Police who were deployed on detached duty on board Farley Mowat opened fire into the air and into the water to discourage the assailants.

When hailed by radio by the Mexican Navy frigate Barrera, Farley Mowat set course towards the frigate stationed inside Vaquita Refuge.

This is the second time in a month that Farley Mowat, formerly the US Coast Guard Cutter Pea Island, has came under attack inside Vaquita Refuge.

The first incident occurred on January 9 when more than 35 skiffs approached Farley Mowat and even managed to board the vessel and loot several items from its deck until they dispersed following the arrival of a responding Mexican Navy helicopter.