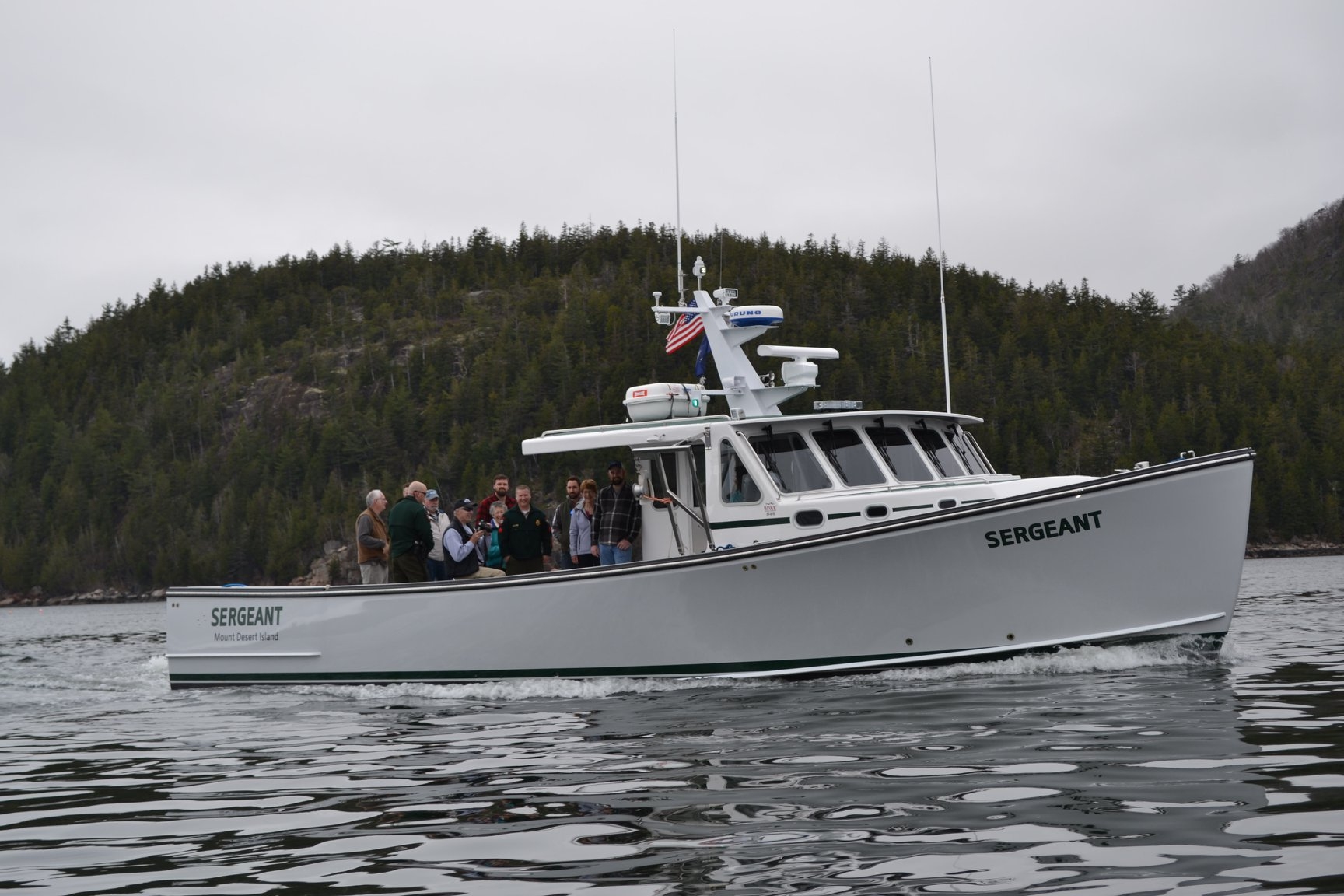 The Maine Marine Patrol christened and commissioned a new patrol boat into service on Monday, April 22.

The boat has been named Sergeant in honour of Stanley “Cappy” Sargent, a local fisherman who had originally purchased it from Wesmac for his own use. Sadly, Sargent died unexpectedly in 2016 as the boat was undergoing final outfitting.

The Marine Patrol later purchased the unfinished fishing boat from the Sargent family, who had said that they no longer needed it following Cappy’s passing.

A tender was issued for local boatbuilders to complete the fitting out of the vessel to make it suitable for law enforcement work.

Wesmac, which had originally built the vessel, emerged as the winning bidder and duly carried out final outfitting and sea trials prior to delivery to the Marine Patrol.