Written by Baird Maritime on May 20, 2020. Posted in Non-Naval (Maritime Security). 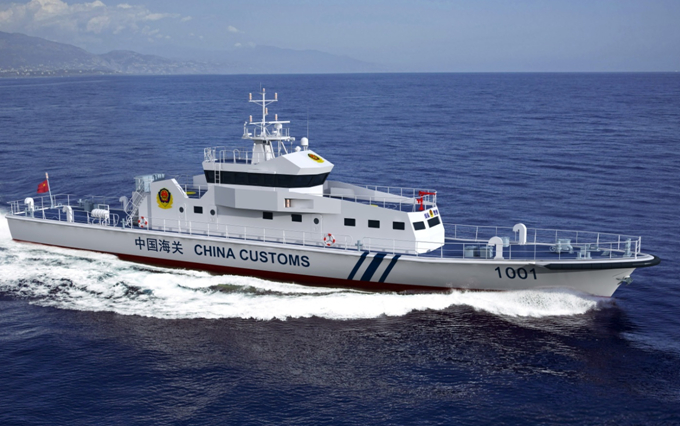 Jianglong Shipbuilding has been awarded a contract to build a new law enforcement vessel for China’s General Administration of Customs (GAC).

The 49- by seven-metre steel-aluminium vessel will have a maximum speed of 32.5 knots and a range of 850 nautical miles at a cruising speed of 18 knots.

Missions will include law enforcement and anti-smuggling patrols.