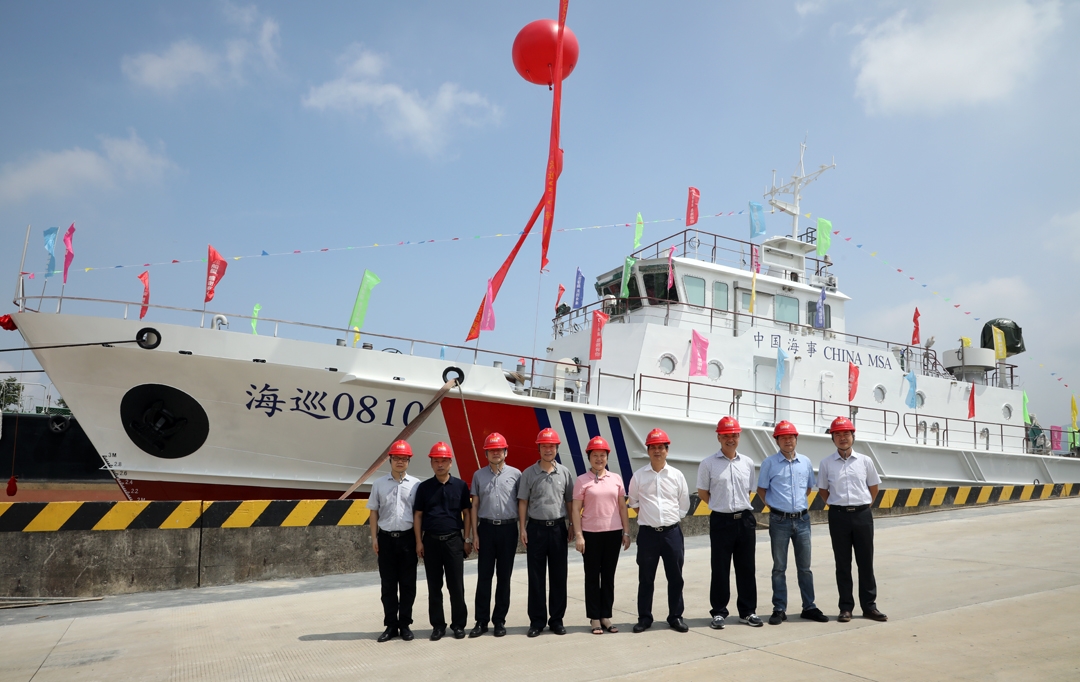 The steel-hulled vessel is the first of three in a series slated for operation by the CMSA in Fujian province.