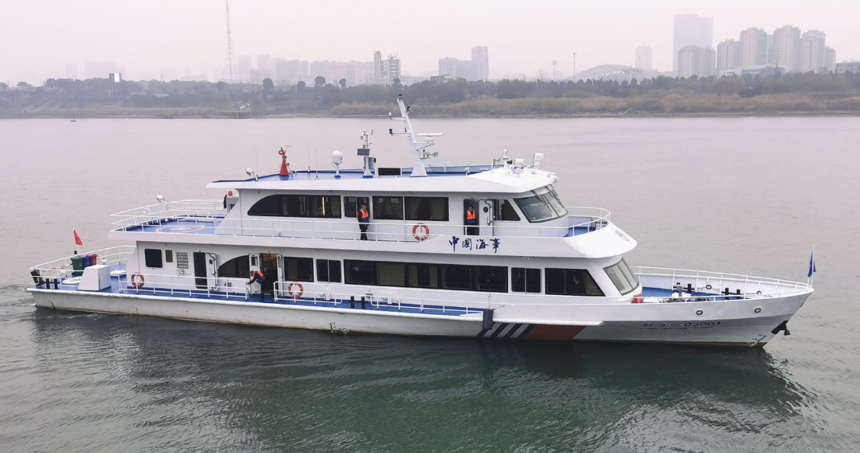 The vessel has an LOA of 36 metres, a beam of 6.8 metres, and a maximum speed greater than 16 knots. It is equipped with surveillance cameras and will be capable of launching and recovering drones as well as search and rescue (SAR).

The newbuild will be primarily operated along the Yangtze River by the Municipal Transportation Bureau of the city of Xiangtan in Hunan province.