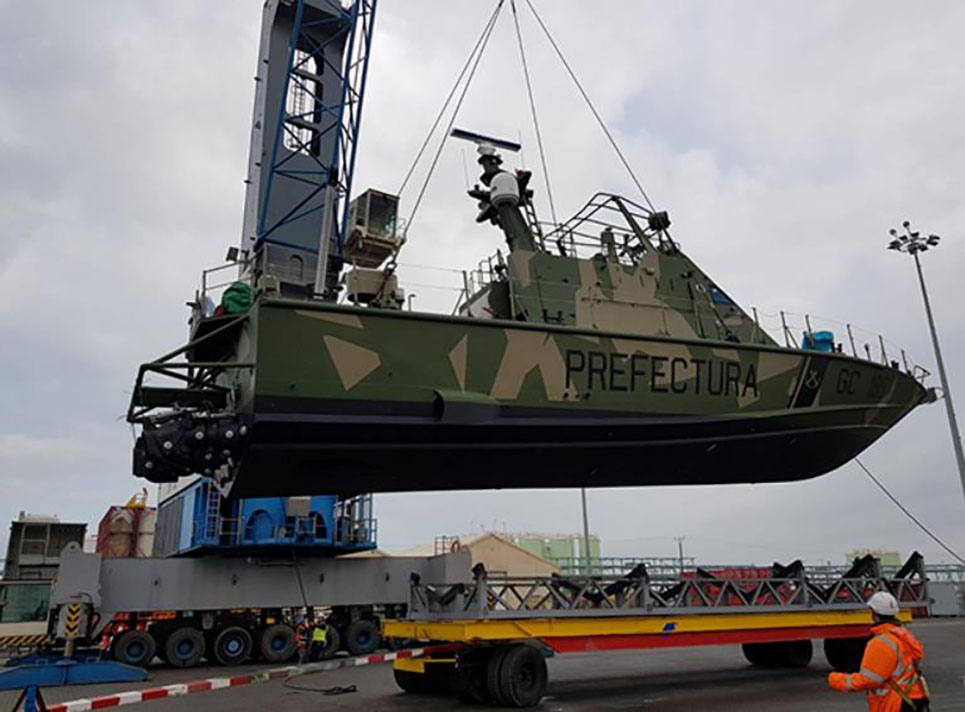 The first of four Shaldag-class patrol boats is on its way to the Argentine Coast Guard after it was launched by Israel Shipyards and loaded for shipping as commercial cargo.

The lead boat Guarani will become part of the Naval Prefecture fleet to patrol riverine regions, including the Paraguay to Paraná waterway notorious for drug traffic.

To be crewed by 10 members of the naval police force, the 25.5-metre boats (with one-metre draughts) can reach speeds of 48 knots.

They are equipped with a remote-controlled weapon station.

The boats were ordered in December 2016 under a US$49 million contract.