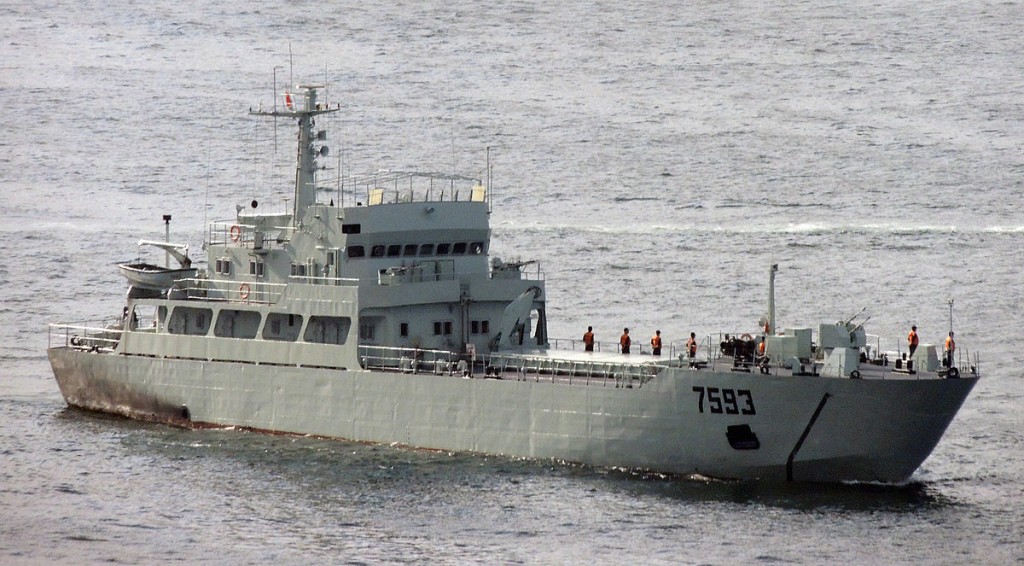 In the early hours of August 29 the Hong Kong Special Administrative Region (HKSAR) People’s Liberation Army (PLA) garrison carried out what a PLA spokesman described as a routine rotation of personnel and equipment, between the garrison’s support base in neighbouring Shenzen, and the HKSAR.

A long convoy of armoured personnel carriers, and trucks, entered the former British colony, in accordance with normal procedures, by road. It subsequently emerged, though, that uniformed personnel, and military vehicles had also arrived in the HKSAR by sea.

Visible in some media coverage of the operation, entering Hong Kong’s naval base, was a Yuhai-class landing ship.

Local observers, furthermore, reported that the 40,700-tonne, Hong Kong-registered, car carrier Chang Tai Hong had also berthed, and unloaded significant numbers of vehicles and uniformed personnel. According to HKSAR sources, such vessels do not usually feature in routine garrison changeovers.

Interestingly, neither the arrival, nor the departure, of this ship featured in the HKSAR Marine Department’s publicly accessible online ship movements log.

There is therefore considerable local speculation that the August 29 operation might have been carried out to discreetly reinforce the garrison, possibly with anti-riot forces of China’s paramilitary Peoples Armed Police, ready to intervene if the current serious unrest in the HKSAR were to escalate beyond the capability of the Hong Kong Police to control.

Also active in Hong Kong’s Victoria Harbour, later in the morning, were the two HKSAR-based Type 056 corvettes, Huizu and Qinzou, operating in company with an incoming flight of PLA Air Force helicopters.