Written by on May 16, 2019. Posted in Non-Naval (Maritime Security), Specialised Fields. 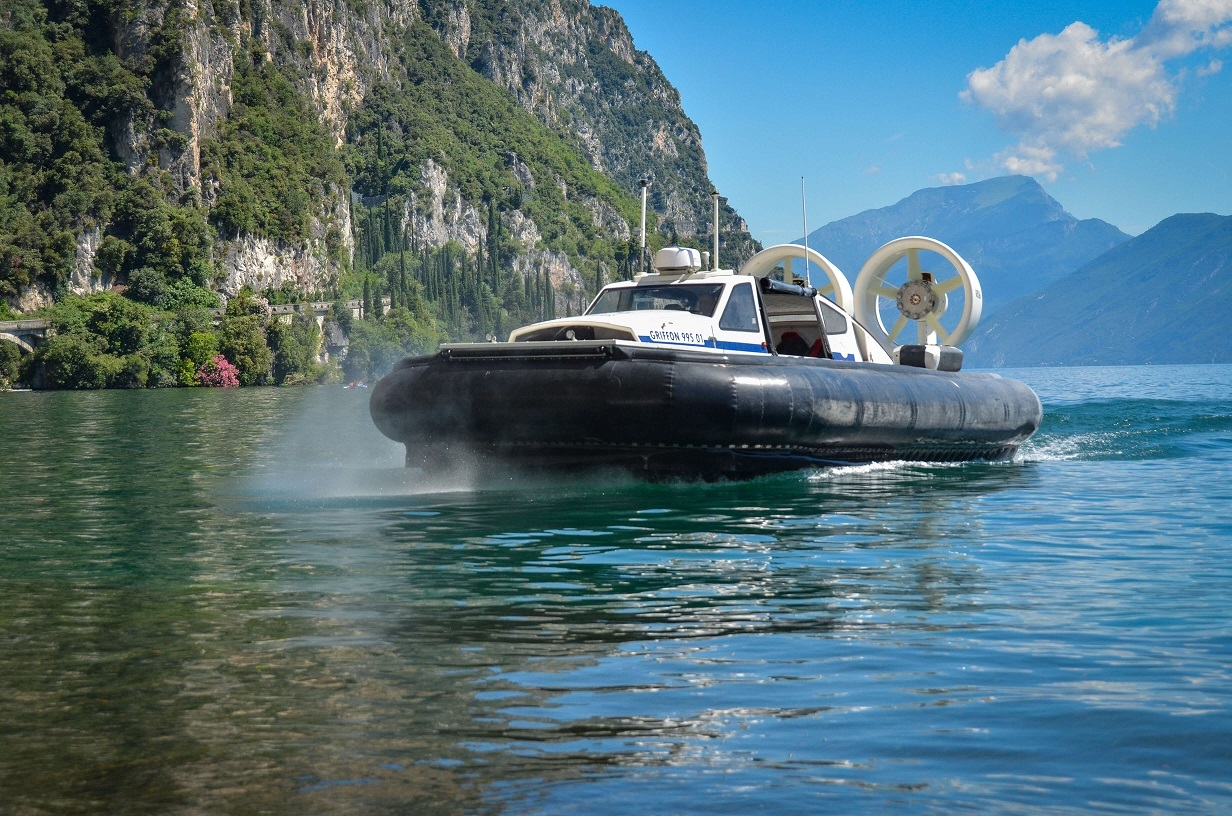 UK-based Griffon Hoverwork, part of Gibraltar’s Bland Group, recently delivered the first example of its new model hovercraft to the Malaysian Marine Department. Now, it has won orders for two more of the craft.

One is to be supplied to a private customer, for use in ice conditions, while the other is destined to serve as a tender for an as-yet-unidentified superyacht.

The 8.6-metre, 30-knot vessel is powered by a Ford Tiger diesel engine, linked to an integrated lift fan and electric generator. It can accommodate eight people, or in casualty evacuation mode, two stretcher cases.

These new orders illustrate the trend towards the acquisition of relatively small, agile hovercraft. Unlike RHIBS and conventional patrol boats, such craft can transit over debris, ice, mud and weed, in order to carry out coastal and inshore work, including natural disaster response.