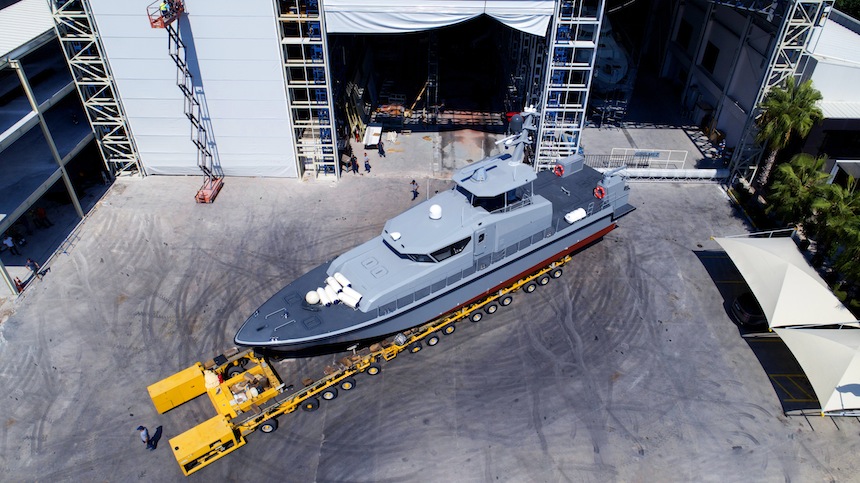 Turkey’s Ares Shipyard has launched the first in a series of 14 fat patrol boats for the Royal Oman Police Coast Guard (ROPCG) to be delivered within a four-year acquisition program.

The series is capable of achieving very high speed levels of up to 55 knots. The boats will be used to patrol and secure the nation’s waters, to prevent arms and drug trafficking as well as illegal immigration and to control human trafficking in the Gulf of Oman.

Along with its 12.7mm auto stabilised remote controlled naval gun, the vessels have a suite of naval communications equipment, electro optic sensors and X-band naval radars. The vessels can launch and recover a military type RHIB for boarding and SAR missions.

The shipyard has also been providing extensive operator and maintenance training to over 200 personnel of the ROPCG for approximately 300 days within the shipbuilding program via Ares engineers, specialised and certified tactical trainers.