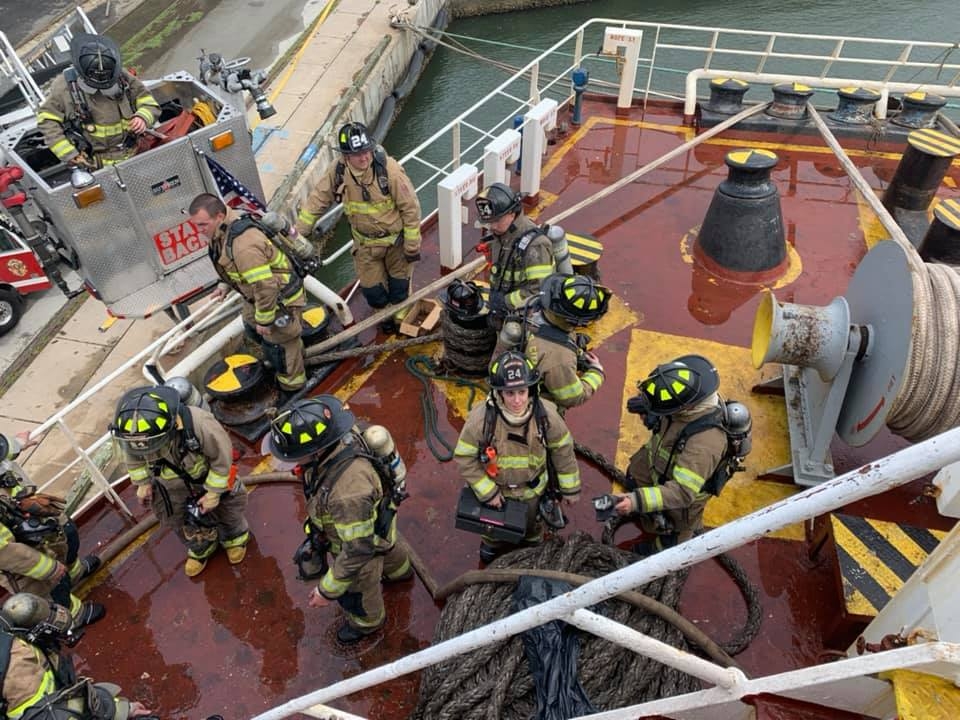 A fire broke out on a Hong Kong-flagged bulk carrier docked at Morehead City, North Carolina, at approximately 09:30 local time on Sunday, April 14.

The first reports of the blaze aboard Albany Sound had reached the US Coast Guard and the Morehead City Fire Department, which despatched firefighting teams to the scene within minutes.

The fire was declared “under control” by 14:30 though no details have been provided as to when it was finally extinguished.

No injuries were reported among the vessel’s 22 crewmembers.

The US Coast Guard is presently investigating the incident.