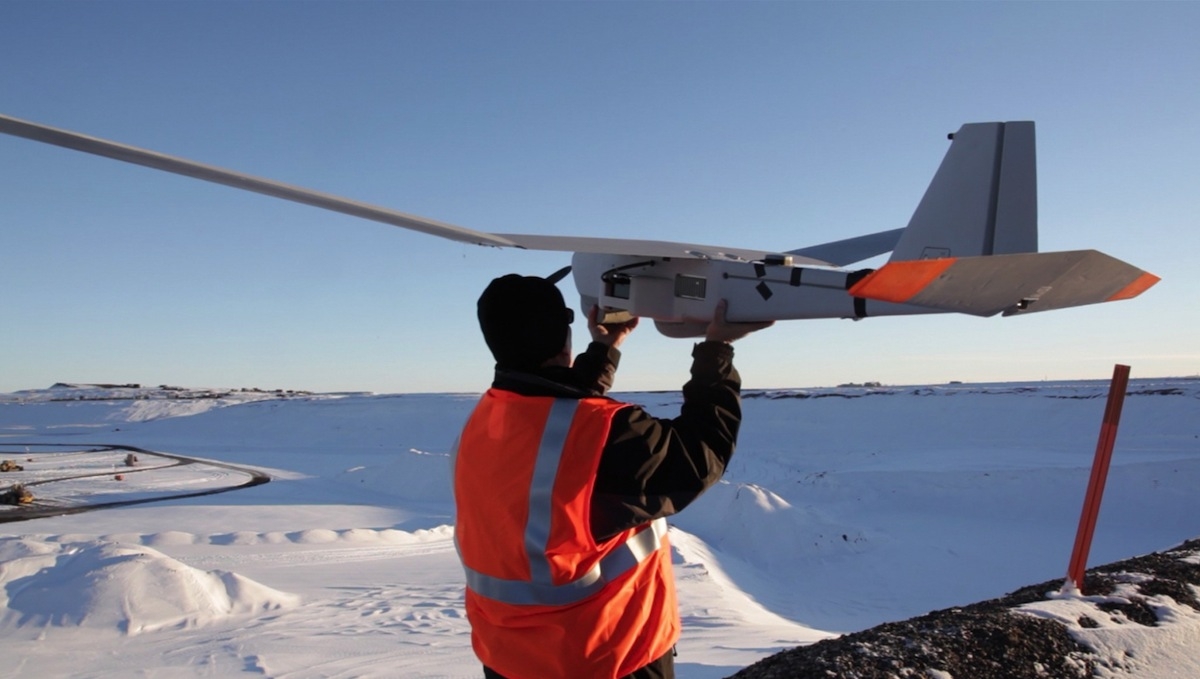 The US Coast Guard’s objectives in the Arctic include advancing US security interests and pursuing responsible stewardship of the area. Two components of that strategy – maritime domain awareness and protection of the delicate environment – were the focus of the Coast Guard Research, Development, Test and Evaluation Program’s 2018 Arctic Technology Evaluation, held July 21 to August 3 in Prudhoe Bay, Alaska.

Led by a team from the coast guard’s Research and Development Center (RDC) in New London, Connecticut, this year’s evaluations centred on unmanned technologies.

“The work done on this trip continues to demonstrate the capabilities of unmanned systems and how they can be used to be first on scene to collect information and data about oil spills, damage done by storms, or even just verifying weather conditions before taking the risk of sending out active assets and personnel,” said Lt. Ryan Huebner, a researcher in the RDC Surface Branch and Arctic Technology Evaluation project. “This can allow for a better operational and logistics plan in addition to being able to mitigate more of the risks before launching for a mission.”

One key effort was the evaluation of different sensors against coast guard and Department of Homeland Security mission scenarios in the arctic environment. These test missions will be used to develop concepts of operations and tactics, techniques and procedures for this harsh environment.

“The ability to operate small unmanned aircraft systems in this cold environment is a challenge,” said Stephen Dunn, program manager for the Robotic Aircraft Sensor Program for Maritime and a researcher with the RDC Aviation Branch. The combination of a reliable UAS with the right sensors could have many practical applications in the area, however. “We conducted operations off the North Slope, which is an area where oil fields are everywhere. The ability to fly over and view pipelines could provide a huge benefit to decision makers. Having drones on station to assist with any spills would be another great tool to have.” 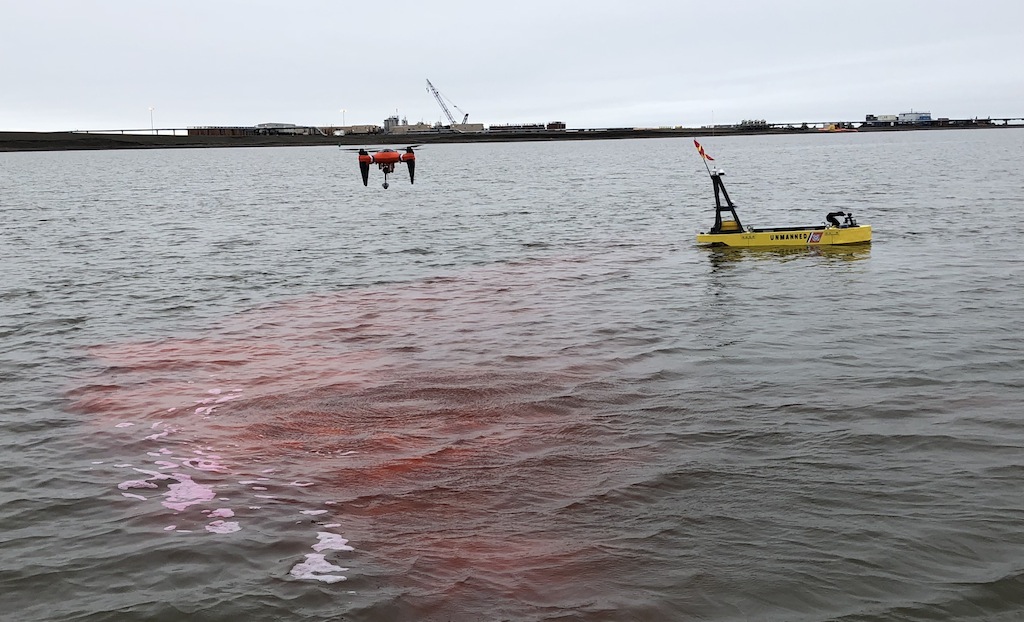 To evaluate the use of unmanned systems in oil spill recovery missions, a safe red dye was used to simulate an oil spill. The quadcopter samples the dyed water with the unmanned surface vehicle ready for transport over longer distances. Photo: US Coast Guard / Alexandra Swan.

Personnel also evaluated how a combination of unmanned technology could be used to provide assistance in detecting, identifying and analysing possible oil spills without deploying assets or personnel to the location. A mobile ad hoc network was created with an unmanned surface vessel (USV), a tethered helium-filled balloon and an unmanned aircraft system, all connected with Persistent Systems Man Pack Unit 5 radios. Using the network, researchers were able to record and transfer video to operators on shore, who were able see the severity of the mock oil spill. This capability has the potential to assist the federal on-scene coordinator with improved data for informed responses, Huebner said. 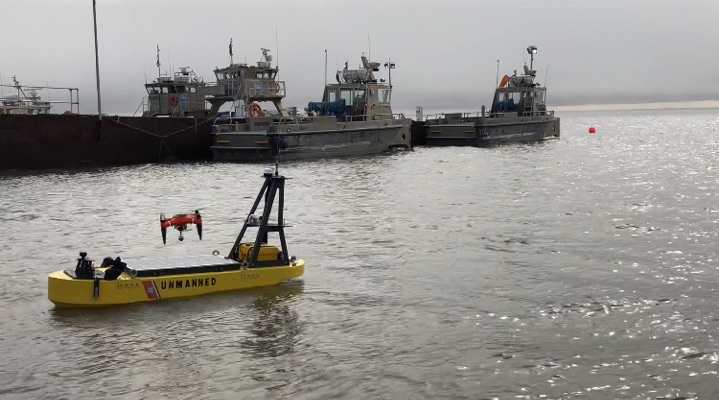 The USV was developed by the RDC, and can operate either through use of a controller or autonomously through GPS programming. The USV has multiple cameras; a robotic arm was added for this year’s evaluation to test its ability to collect oil samples during a spill response. The USV was also tested for transporting additional equipment. For example, researchers used the USV to carry a quadcopter UAS to the vicinity of a simulated spill, launched the drone from the USV to collect a sample of the simulated oil, then landed the drone on the USV to ferry it back to shore.

“These annual events enable the Coast Guard to gain efficiencies by evaluating multiple technologies that have the potential to enhance future Coast Guard operations in this harsh environment. Often testing includes close coordination with our partners where we jointly benefit, and gain new knowledge by working together,” said Messenger.