The evolution of the large, but for many years politically constrained, Japan Maritime Self Defence Force (JMSDF) continues apace.

JMSDF warships have in recent months joined in with operations in Asian waters with foreign warships deployed to the region. Now, a dedicated JMSDF task group (TG), under the command of Admiral Tatsuya Fukuda, has left Japanese waters on a two-month deployment, scheduled to make defence diplomacy visits to the Philippines, Indonesia, Singapore, India and Sri Lanka. The TG will also carry out bilateral exercises with the navies of these countries.

Many analysts believe that future naval links between Japan and, in particular, emerging maritime superpower India, will prove to be a counterbalance to Chinese domination of Asian seaways. 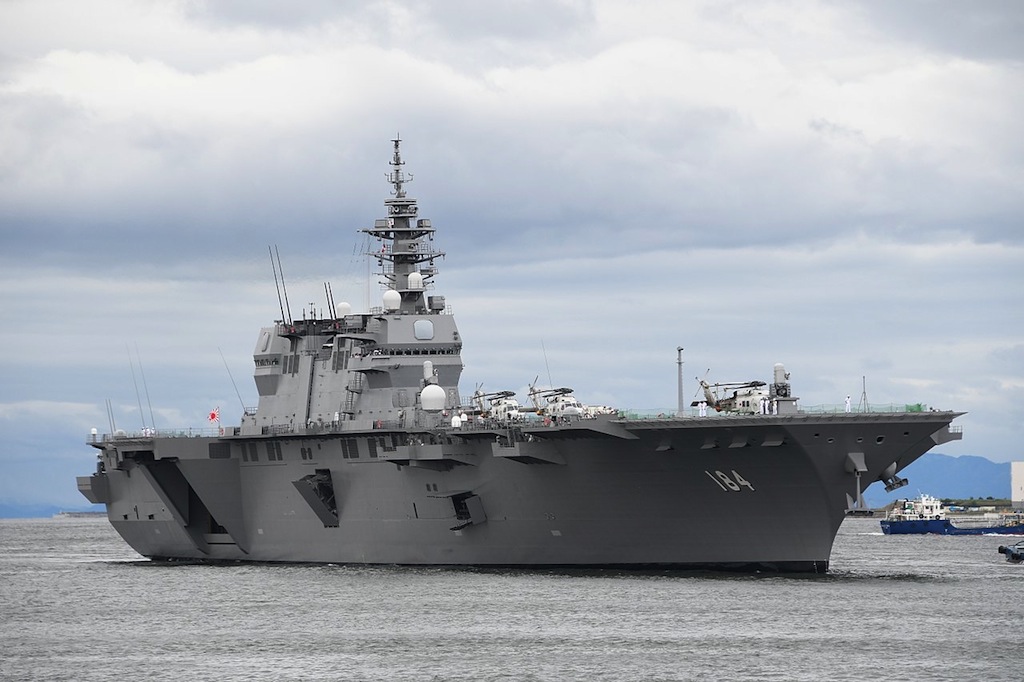 Core of the TG is the modern, flat-topped, 27,500 tonne Destroyer (Helicopter) Kaga the largest warship in the JMSDF order of battle, and a light aircraft carrier in all but name. Escorts are the Murasame-class destroyer Inazuma, and the Akizuki-class destroyer Suzutsuki. Kaga has six Mitsubishi SH-60 helicopters embarked for anti-submarine, search and rescue and logistics duties.

(In June 2018 BairdMaritime.com reported that Tokyo was examining the possibility of upgrading Kaga and sister ship Izumo to operate F-35B fighter bombers. Beijing has subsequently warned Tokyo to “exercise caution” over such a move.)

The current deployment must be viewed in the context of Japan’s 2018 Defence Plan, which prioritises the conditioning of the JMSDF for out-of-area operations, in order to respond both to natural disasters, and to external security threats, and to help to maintain regional stability.