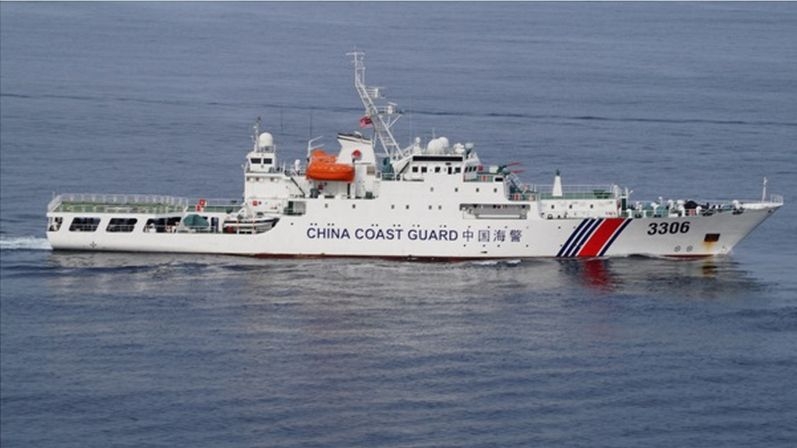 The CCG is beginning to solve training and personnel problems as it shifts to being the key force in China’s joint maritime defence structure. Although China seems adept at rapid shipbuilding for the PLAN, it has faced several difficulties in building its paramilitary maritime force:

Reorganising the PAP and CCG is the most feasible way to tackle the CCG’s training and personnel problems. It’s possible that China transferred the CCG to the PAP to integrate and use common training facilities and education systems. The Central Military Commission’s direct control of the CCG through the PAP could also remove the dual command structure of the commission and the State Council. In short, with the exception of shipbuilding programs, China’s reorganisation of the CCG implies that it will strengthen the CCG’s capability in 2019.

Together, these developments imply that the CCG aims to achieve full control of China’s “offshore” regions. The shift in Beijing’s naval strategic focus from “offshore water defence” (近海防禦) to a combination of “offshore water defence with open seas protection” (近海防禦、遠海防衛) suggests that the CCG will seek to enhance its capabilities for precise multidimensional, multifunctional and mobile operations. It has conducted regular patrols to protect Chinese submarine cables, and since 2013 has been legally permitted to conduct aviation law enforcement.

In June 2018, China released a new policy that clearly defines the CCG’s mission. And in December, Rear Admiral Wang Zhongcai was appointed commander of the CCG; his previous post was deputy chief of staff of the PLAN East Sea Fleet. The CCG could thus share the burden of safeguarding China’s offshore regions with the PLAN, enabling the latter to focus on far-sea naval activities as well as near- and middle-sea anti-access/area-denial operations.

The possibility of the CCG expanding its task to the Taiwan Strait must not be ignored. The PLA’s founding naval strategist Liu Huaqing’s “offshore defence” focused not only on the Yellow Sea, the South China Sea and the East China Sea, but also on the waters around Taiwan. Along with building the “party–government–military–police–civilian joint costal defence” (黨政軍警民聯合海防) and promoting “civil–military fusion” (軍民融合), China’s maritime militia could greatly improve its ability to gather intelligence in peacetime and support the mobility necessary for conducting “maritime people’s war” (海上人民戰爭) once the military–police–civilian C4ISR system is established.

Such an evolution would clearly pose a threat to regional maritime security and potentially elevate tensions in the waters around Taiwan.

The development of the CCG comes as China is placing increasing pressure on Taiwan. On January 4, 2019, ROC President Tsai Ing-wen publicly rejected PRC President Xi Jinping’s proposal of reunification with Taiwan under the framework of “one country, two systems”. It’s likely that Beijing’s response will include putting increased pressure on Taipei by sending more aircraft and warships to surround Taiwan.

China might also expand the CCG’s patrol area and use maritime militia in those waters, which would challenge the law enforcement capability of Taiwan’s coastguard, threaten Taiwan’s ability to protect its fisheries, and undermine the Taiwanese public’s faith in its administration to a level that could affect the 2020 presidential election.

The CCG will be the main force escalating tensions in the South China and East China seas in the near future. In addition to boosting their naval operational capabilities, countries such as Taiwan, Japan, Vietnam and the Philippines should consider their potential responses to China’s growing CCG capabilities. That should include promoting cooperation on maritime domain awareness and strengthening exchanges with the US Coast Guard.

It’s also important to pay attention to the development of the CCG, given the CCG’s complementary role alongside the PLAN in controlling disputed reefs and rocks in the South China Sea. It will be most important to stress the South China and East China seas and the Taiwan Strait in the overall regional security assessment and give greater consideration to China’s evolving joint coastal defence capability. Incorporating the CCG into possible scenarios for conflict in the Taiwan Strait should be a pressing issue for Taiwan, the US and their regional allies.

Eli Huang is an assistant research fellow at the Foundation on Asia–Pacific Peace Studies in Taipei. She is also special assistant to Dr Chong-Pin Lin, former deputy minister of national defence in Taiwan. The views expressed in this post are her own and do not necessarily represent the views of her employers.