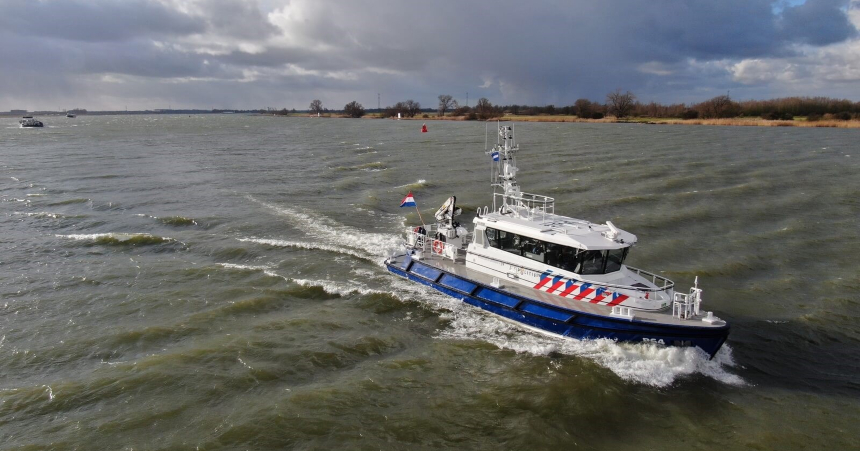 The Dutch National Police Corps held an official naming ceremony for its newest patrol boat at the facilities of Damen Shipyards Gorinchem on Friday, January 31.

P64 is the first of three 20-metre vessels that Damen is building for the Dutch National Police. It has an aluminium hull, an FRP superstructure, a speed of 21.5 knots, and an exhaust gas after-treatment system.

The newbuild will be used on patrols in the Netherlands’ inland waterways.