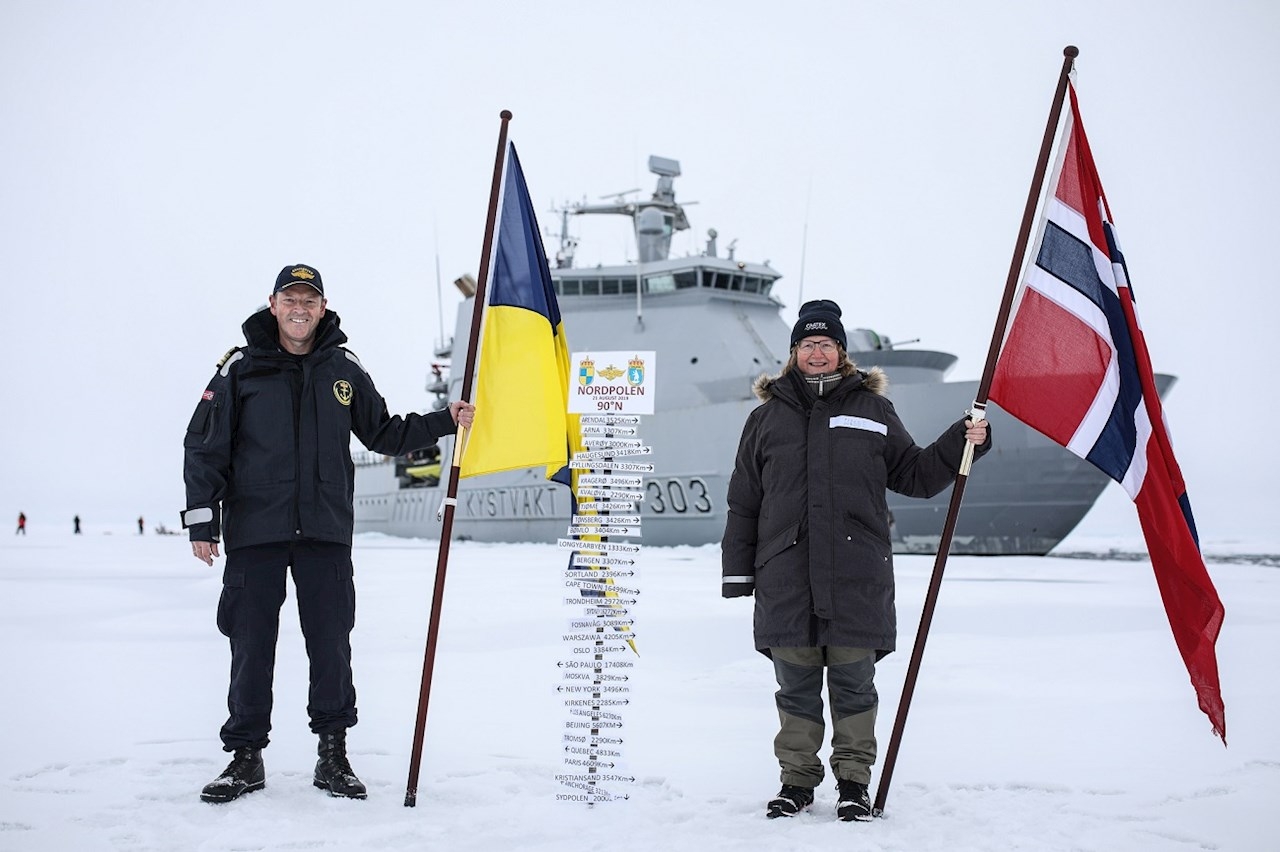 A vessel operated by the Norwegian Coast Guard has become the first Norwegian ship to reach the North Pole.

The icebreaking offshore patrol vessel (OPV) NoCGV Svalbard achieved this distinction on Wednesday, August 21, when it arrived at the Earth’s northernmost point with an embarked team of scientists in addition to its coast guard crew.

Dubbed the Coordinated Arctic Acoustic Thermometry Experiment (CAATEX), the expedition primarily seeks to obtain new knowledge about the changes in the heat content of the central Arctic Ocean that have taken place over the preceding decades.