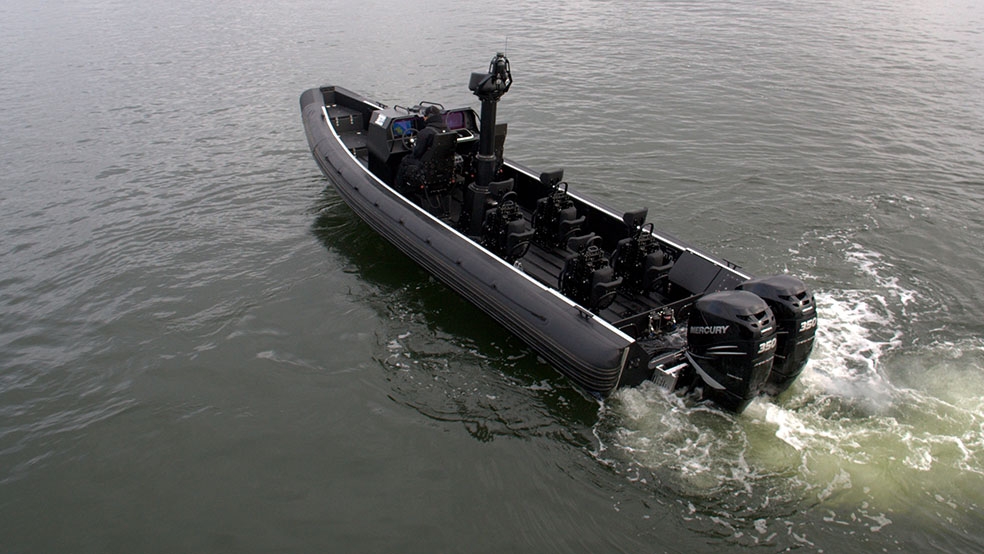 The special operations fleet agreement with the UAE Defence Forces for Boomeranger’s C-95OD model comes after an RHIB supply deal was made with the Indian Navy.

The UAE fleet will be equipped for visit, board, search and seizure (VBSS) and combat diver operations with tactical equipment, such as thermal-imaging cameras, armour plating and helicopter transport systems.

The boats are customised according to customer requirements for troop transport and insertion, boarding, fire support, diver, kayak and inflatable operations, helicopter-underslung, air-drop and transport by road, sea and air for world-wide deployment.

Cargo rails on the deck allow mission specific arrangement of seats and equipment.

They fit within a 12.1-metre sea container.

The agreement made with the Indian Navy includes delivery of a “significant” number of RHIBs.