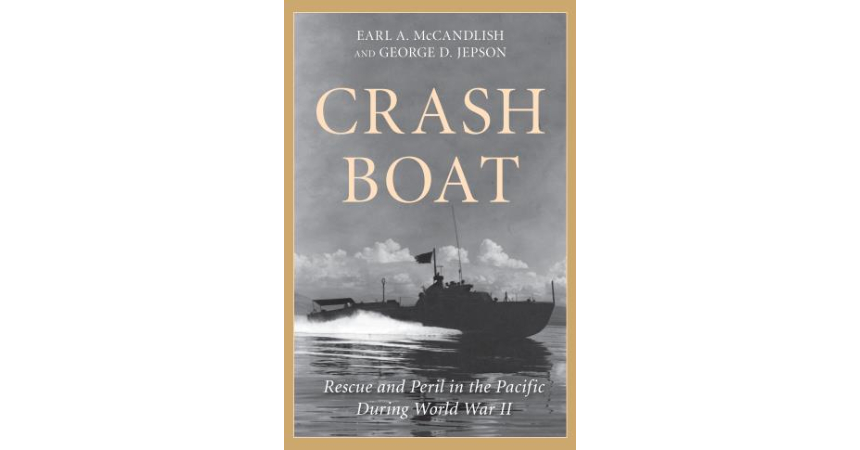 A fascinating, informative, interesting, and slightly sentimental collaboration brings to life this valuable history of crash boat operations during the Pacific War.

The ageing CO of P399, aka Sea Horse, and the son of his XO spent five years producing this excellent book that provides a very valuable record of the operations and lives of one of the comparatively small number of air-sea rescue boats and its crew during the latter half of World War II.

We learn of the high quality, reliability, seaworthiness, and performance of the boat itself and of the good work undertaken by its crew, mostly in the role of rescuing downed aircrew, but also in dealing diplomatically with the local populace in the islands where they were based. From July 1943, P399 travelled, first as deck cargo, from San Francisco to Guadalcanal and then, on her own bottom from there to Leyte in the Philippines. It was a fascinating and exciting journey experienced by a loyal and close-knit crew. This book describes and records it delightfully.

While P399 was a United States Army Air Forces “asset,” it was an exact sister of a score of Royal Australian Navy boats with which your reviewer was familiar. One of those, HMAS Air Speed, was commanded by an old friend and mentor of his. Air Speed operated in much the same area and at much the same time as P399, so its tale is very familiar.

Theirs was a little-known aspect of World War II history but their role was important and very valuable. Their fast and beautiful boats were magnificent.

This very well-written book has, somewhat unusually, been furnished with excellent maps and first-class general arrangement drawings and a detailed specification of the boat along with plentiful good photographs, and even a history of the design of the boat. They, alone, make the book worth buying.

Click here to see all vessel reviews, features, and news stories under this month’s USA Week.