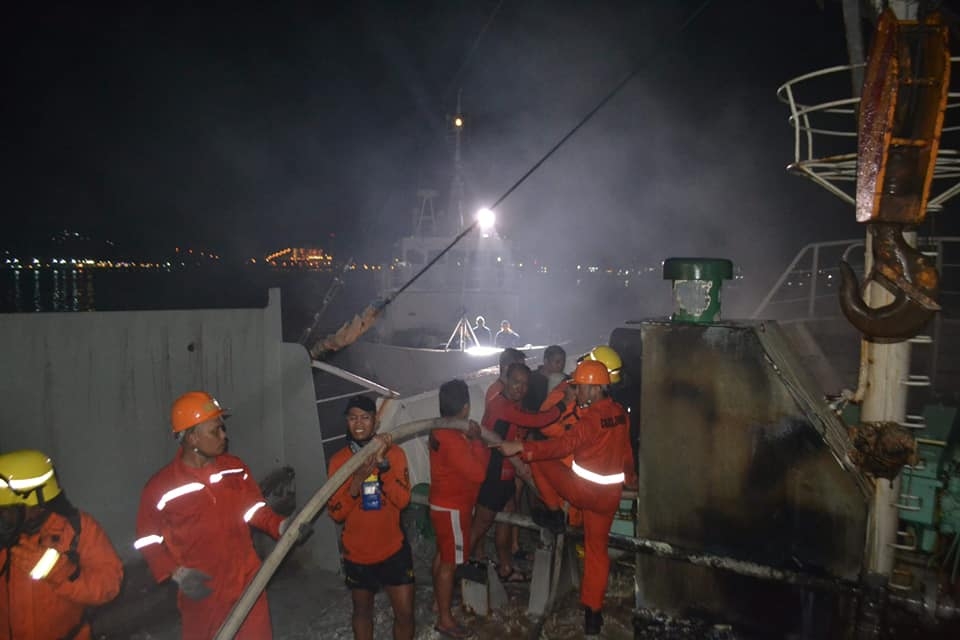 A cargo vessel caught on fire while at berth in Cebu province in the Philippines on the night of Monday, April 22.

The Philippine Coast Guard (PCG) received an alert from Vessel Traffic Management System Cebu at around 20:00 local time that the cargo ship Andrea Princess 2 was ablaze at the Port of Naga City.

Coast Guard District Central Visayas (CGDCV) immediately despatched the multi-role response vessels (MRRVs) BRP Capones and BRP Suluan along with firefighting and medical teams to the area of the incident.

All 20 crewmembers aboard Andrea Princess 2 were safely brought aboard the MRRVs to receive medical attention as the PCG firefighting teams worked to contain the blaze. No injuries or oil spills have been reported.

Officials of Coast Guard Station Cebu declared at 23:59 that the fire was finally extinguished.

The crew’s attempts to contain the blaze using the vessel’s onboard fire pump proved unsuccessful, thus compelling them to send out a distress call.