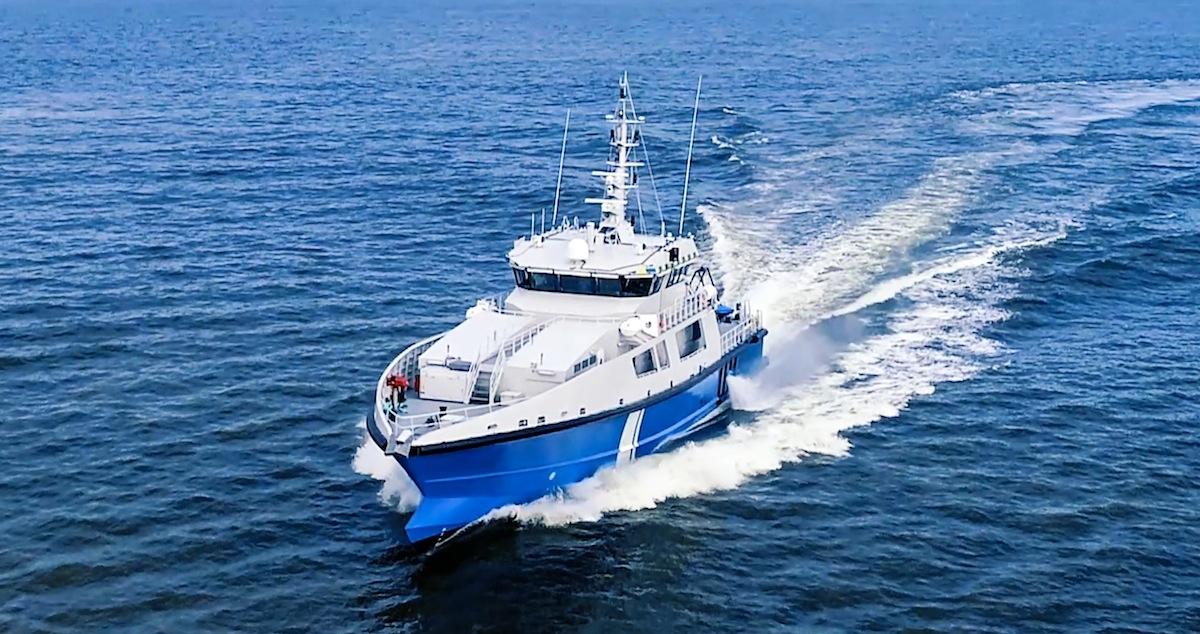 Baltic Workboats of Estonia recently launched a hybrid patrol vessel for the Estonian Police and Border Guard Board.

The 45-metre wave-piercing vessel will be deployed on law enforcement, oil spill response, firefighting, and search and rescue missions.

The vessel has a top speed of 27 knots and a typical working speed of 10 knots on electric cruising.

This is the largest patrol vessel built by Baltic Workboats and the first in the company’s range of battery hybrid patrol ships.