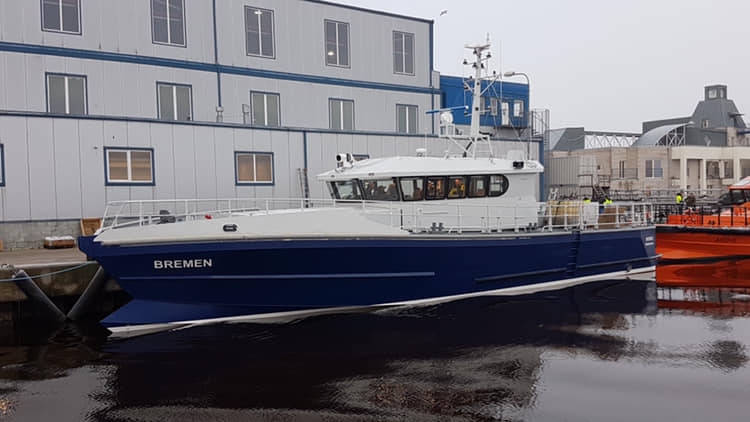 Baltic Workboats has floated out a new patrol vessel for Germany’s Bundeszollverwaltung (Federal Customs Service) in preparation for sea trials.

This is the first of three vessels in a series ordered by the Bundeszollverwaltung from the Estonian boatbuilder.